Loyalty programs at convenience stores have come a long way from where they were 15 years ago. Back then, data was limited, and retailers wondered if a loyalty rewards program would actually help them make money or if it was just a giveaway. 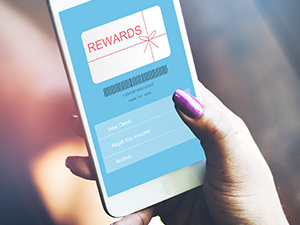 “Today, with the right integration of loyalty programs and the rest of the ERP [Enterprise Resource Planning] solution, [retailers] have data and they can measure it daily and segment consumers,” says Drew Mize, senior vice president and general manager of global retail at PDI, which helps convenience stores thrive digitally with enterprise management software.  “[Retailers can ask,] what is driving them to spend more money in the store? When you think of the challenges in convenience stores, [these programs] are critical.”

Among the challenges c-stores are facing are declining visits. According to the 2017 NACS State of the Industry Report, consumer trips to c-stores have dropped 28 percent since 2014, equaling one full trip per week a consumer is not visiting a c-store. Another traffic hurdle is a digitally savvy young generation that is not particularly loyal and insists on being marketed to directly.

Technology-based rewards programs, which aim to convince existing customers to return regularly and recruit new shoppers, are helping to address both obstacles. Mobile apps in particular are effective at reaching certain groups of consumers and luring them into stores with key promotions. “Now consumers can have a closer relationship with a convenience retailer via direct connectivity with a loyalty app,” Mize says. “[They can see] what are the promotions available to me right now? What is my status? What kind of points do I have?”

And loyalty programs are just becoming more effective, says Brian Jefferson, senior vice president of national account sales at PDI Excentus. “The change we have seen over the last several years the progression from a one-size-fits-all loyalty approach—turning on a promotional program and trying to capture everyone with the same general offer or sets of offers—to an approach that is more targeted,” he says. “[Retailers] are starting to get more thoughtful about the data they collect and use it to become more targeted in providing relevant offers to consumer populations.”

It’s important for retailers to be thoughtful about loyalty offers, he adds. “You’d be surprised at how many retailers focus promotional dollars on stuff customers aren’t buying all that much,” he says. “When you don’t develop promotions around core items, you leave a lot to be desired.”

One retailer to emulate is the c-store giant Speedway. “Their loyalty program has probably been around the longest, but they continue to evolve it in a way that leads the market,” Jefferson says.

Speedway has become targeted in the way it segments the customer population and provides rewards to different customers based on their preferences, according to Jefferson. The nation’s second largest chain of corporate-owned c-stores uses personalization—providing a reward for a customer on their birthday or when they sign up to participate in the program—along with time and day offers that track customers’ behavior within the store and at particular times.

Moving forward, there is a major opportunity to leverage the data that is being generated from the loyalty programs, Mize and Jefferson say. “Critical is the integration between back office ERP and loyalty technology,” Mize says.

Many retailers want to have loyalty programs but don’t have a strategy in place to use the data, Jefferson says. “Most use the data for basic transactional accounting—to track what they are spending. But the ability to monetize data with vendors and CPG [Consumer Packaged Goods] vendors is a huge opportunity given the products sold,” he says.

As the past has taught c-stores, loyalty programs need to continue to grow and change. “The loyalty solution has to continually evolve,” Mize says. “It can’t be static and stale. We have seen many successful loyalty programs launched only to decline after a period of time. They decline because the retailer didn’t evolve it, change it up. The only way to do that is to have the right level of data…the level of data analytics removes a portion of the risk associated with trying new offers with loyal consumers.”