BENTONVILLE, Ark. -- Wal-Mart Stores Inc. this week sued Visa Inc. for $5 billion, accusing the credit- and debit-card network of excessively high interchange or "swipe" fees, several months after the retailer opted out of a class-action settlement between merchants, including convenience stores, and Visa and MasterCard Inc., said Reuters. 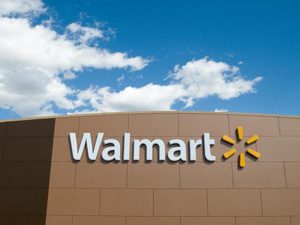 Visa declined to comment on the suit, filed Tuesday in the U.S. District Court for the Western District of Arkansas in Fayetteville. Wal-Mart has its headquarters in Bentonville, Ark.

In December, a federal judge in Brooklyn, N.Y., approved the $5.7-billion class-action settlement between merchants and Visa and MasterCard despite the objections of thousands of retailers that complained it was inadequate.

Wal-Mart, Amazon and Target, as well as the National Association of Convenience Stores (NACS) and many of its member retailers, were among those opting out of the monetary components of the settlement to have the freedom to seek damages on their own.

Those businesses complained about a broad litigation release in the settlement. The release forces all merchants who accepted Visa or MasterCard, and those who will in the future, to give up their right to sue the credit-card companies over rules at issue in the case or similar ones they may make in the future.

"This lawsuit against Visa seeks damages from price fixing and other antitrust violations that took place between Jan. 1, 2004 and Nov. 27, 2012," Wal-Mart spokesperson Randy Hargrove told CSP Daily News. "Walmart and all other merchants were subjected to rules and practices that harmed competition, suppressed fraud preventing technology in the U.S., and inflated interchange fees charged to merchants when customers used their credit and debit cards. As a result, many merchants were forced to pass on some of these artificially high fees to consumers."

He added, "We continue to oppose the proposed credit-card interchange fee settlement, which would give the defendants a sweeping release that poses considerable risk of abuse and does nothing to change the broken market. If the settlement is approved, merchants would be broadly deprived of their rights to take action against the credit-card networks for future damaging acts. Innovation around new payment technologies stands to be stifled and consumers would face continually increasing hidden swipe fees, which already cost them tens of billions of dollars each year."

Wal-Mart contends that Visa, in concert with banks, sought to prevent retailers from protecting themselves against those swipe fees, eventually hurting sales.

"The anticompetitive conduct of Visa and the banks forced Wal-Mart to raise retail prices paid by its customers and/or reduce retail services provided to its customers as a means of offsetting some of the artificially inflated interchange fees," Wal-Mart said in court documents cited by the news agency. "As a result, Wal-Mart's retail sales were below what they would have been otherwise."

When asked whether Wal-Mart would file a suit against MasterCard, a spokesperson for the retailer told Reuters that the company would not discuss its litigation plans publicly.

Wal-Mart contends that that the way Visa set swipe fees violated antitrust regulations and generated more than $350 billion for card issuers over the nearly nine-year period in question, in part at the expense of the retailer and customers.