WAWA, Pa. -- Police were looking for two thieves suspected of taking wireless bar-code scanners from as many as 11 Wawa convenience stores in Delaware and Pennsylvania, reports say. And a security expert says while the thefts aren’t “critical,” they do suggest the thieves are looking for another way to cheat pricing security systems. 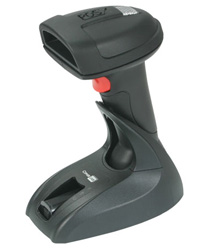 At one store in a Delaware shopping center, the men took a wireless, inventory-tracking scanner--valued at $1,400--from the counter and ran out of the store, Delaware State Police Sgt. Paul Shavack told the News-Journal, Wilmington, Del.

Why thieves were interested in this particular model was unknown, the police sergeant said. The same pair has been linked to scanner thefts the same day at 10 other Wawa stores in Upper Providence, Upper Darby and Ridley townships in nearby Pennsylvania.

In recent years, bar-code theft rings have been known to use scanning devices to alter the bar-code prices on expensive merchandise at stores such as Walmart and Target to create counterfeit bar codes so the merchandise can be purchased at a lower price, the newspaper reported.

When asked about what significance beyond the price that the hand-held devices meant to thieves, Gray Taylor, who heads the technology standards efforts at NACS, told CSP Daily News that he could only speculate.

“The only thing I can think of is the potential of accessing the back-office PC to gain entry to the store system, but this would not be a sure thing for the thieves,” Gray said, noting how first, Wawa probably would have disabled each stolen terminal in each store. Second, Wawa probably has segmented its POS environment from the back office.

“So it’s a problem--a weird one--but not critical,” Gray said. “But thieves are [still] looking for any vector of entry into systems.”