OAKBROOK TERRACE, Ill. -- Prohibitionist or harm reductionist? Back in April, I took a look at where Mitch Zeller fell among those choices. 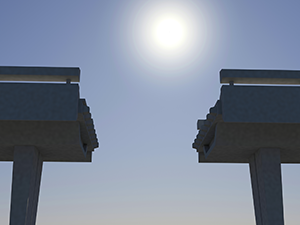 My conclusion then was that it was too early to know. Not when we were still waiting on the agency to rule on two crucial pieces of harm reduction-related legislation: Swedish Match’s application to market its General Snus products as modified risk, and the final “deeming” regulations over products such as cigars, pipe tobacco and electronic cigarettes.

My hope was that Zeller, the FDA’s director of the Center for Tobacco Products (CTP), would prove to be a harm reductionist. Many of his comments suggested such an attitude.

“People are dying from the tobacco-related diseases from the smoke particles, not the nicotine,” Zeller said in a June 2014 Legacy-hosted webinar. “It’s time we take an honest look at the role of nicotine.”

Zeller also suggested that vaping and electronic cigarettes are, at least, a better option than tar-heavy cigarettes.

Others, such as Gregory Conley of the American Vaping Association, were more skeptical than I was. Conley cautioned that these comments were “just talk. The only thing that matters is what gets out on those pieces of paper when the regulations are released.”

Well, Greg, it seems you were right.

It’s not just what was or wasn’t in the regulations. Obviously, it was disappointing that there was no adjustment to the grandfather date, no regulatory acknowledgement of the continuum of risk, no recognition of e-cigarettes as a potentially reduced-harm alternative. But what really struck me were Zeller’s comments in the FDA’s media briefing on the deeming regs.

Gone were the requests to find a common goal in harm reduction that Zeller touted mere weeks earlier at the NATO Show. Instead of building a bridge between vaping and public health, he blew it up.

I’m not sure what I expected. At the very least, I thought Zeller would make good on a comment he made at NATO: that e-cigs belong on the nicotine risk spectrum, but not until the FDA has regulatory authority over the products.

Allegedly, the staggered timeline laid out for applications does this, granting products (namely e-cigs) that must submit a premarket tobacco application (PMTA) 24 months to comply, vs. an 18-month deadline for substantial equivalence applications. Somehow, I doubt any e-cig company would consider a one-time six-month extension as an acknowledgment of a spectrum of risk.

Nor did Zeller address concerns repeatedly expressed that the million-dollar PMTA price tag (per SKU) would effectively kill off the majority of vaping manufacturers. When asked how any but the largest tobacco companies could possibly afford such an expense, Zeller responded: “We expect over time, there’s going to be incredible efficiencies [to the process].”

Unfortunately, he did not comment on how any vaping manufacturers without ties to a major tobacco company could survive to see those efficiencies come to fruition.

Also lost in discussion were the many positives both tobacco advocates and critics have attributed to vaping as a harm-reducing tobacco subcategory. Zeller seems to have downplayed any evidence presented in favor of vapor products as a reduced-harm alternative. To the contrary, Zeller dismissed the recent pro-e-cig findings of the Royal College of Physicians and described any cessation claims as “anecdotal.”

“A hypothetical pack-a-day smoker who was otherwise unable or unwilling to quit cigarettes, if that person were to completely switch to e-cigarettes, there’s no question that person would be significantly reducing his or her risk,” Zeller admitted. “But we can’t make policy at a national and population level on the basis of hypothetical individuals or anecdotal reports of benefit.”

With comments such as these, Zeller is drawing a line in the sand: us vs. them.

If that is the case, it’s not a problem only for vape shops and e-cig companies. Yes, e-vapor makes up a minuscule percent of c-store tobacco sales. If the FDA were to ban vape tomorrow, the average c-store operator stands to lose very little.

But if Zeller’s deeming comments reflect his true belief--and there’s no reason to doubt his candor--vaping may just be the tip of the iceberg.

Alongside the deeming regulations, the FDA publicly said it intends to ban flavors in cigars. If an effective ban of e-vapor products and an actual ban of flavored cigars are on the agenda, is it far-fetched to believe Zeller will push to raise the minimum purchase age to 21 or perhaps even target a cigarette menthol ban?

I hope Zeller proves me wrong. But I’m no longer optimistic.