NEW YORK and CHICAGO -- Anticipation over Philip Morris International’s iQOS is heating up after the company presented findings from multiple clinical studies on the heat-not-burn products during the Consumer Analyst Group of New York conference in New York and the Society for Research on Nicotine and Tobacco conference in Chicago. 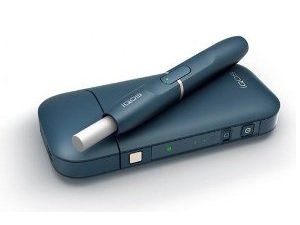 Three of the major findings focused on conversion rates, attitudes toward modified-risk messages and the health impact of iQOS. Cowen Group analyst Vivien Azer noted these studies would likely be submitted to the U.S. Food and Drug Administration (FDA) as part of iQOS’ modified-risk tobacco product (MRTP) and premarket tobacco product applications (which Philip Morris indicated would be submitted by the end of the year).

The conversion rate findings were part of a premarket study Philip Morris conducted in five countries (South Korea, Germany, Japan, Italy and Switzerland) between June 2013 and June 2015. Participants were given the option of using free, unbranded iQOS heatsticks or purchasing combustible cigarettes during a four-week observation period. Conversion rates were tracked during the final week of observation, ranging from 9% of subjects in Switzerland using iQOS at least 70% of the time to 36.2% of South Korean subjects reporting “predominant” conversion.

“Other takeaways from the study were that a relatively low number of participants who switched to heatsticks reverted back to cigarettes (the highest being 3.3% in South Korea),” Azer wrote in a research note. “And there was no evidence the participants’ overall tobacco consumption increased, which will be helpful in its application to the FDA.”

Philip Morris has also released data from U.S. and Japan-based studies on the health impacts of iQOS usage over a three-month period.

“Results from (the) study in the U.S. were largely similar to those in Japan,” Azer said. “Consumer satisfaction among iQOS users in the U.S. were near traditional cigarette levels, though not quite as impressive as in Japan, where iQOS satisfaction levels were at near parity to conventional cigarettes.” (Though Azer noted that approximately 50% of the U.S. subjects were not compliant, i.e. smoked a cigarette during the study, while Japanese subjects were 90% compliant).

Wells Fargo tobacco analyst Bonnie Herzog said these findings were a net positive for both Philip Morris and public health.

“The totality of Philip Morris’ clinical evidence gathered to date suggests iQOS approaches a ‘gold standard’ of cessation,” she wrote in a research note. “Ultimately we believe iQOS has the potential to usher in a new public ethos and disposition toward smoking, aligning Philip Morris with on-trend aspirations for healthier living, improving smokers’ health trajectories and the way they feel about themselves as smokers, effectively redefining the smoking experience, which shouldn’t be underestimated.”

The third major findings Philip Morris presented in recent weeks centered on the effect modified-risk warnings would have on U.S. consumers. The study tracked responses to five different warning messages, including four with reduced exposure claims and one with a reduced-risk claim.

“As it relates to intention to use regularly, at least 45% of smokers across all five messages were definitely or very likely to use the products regularly,” said Azer. “Importantly, the study indicates potential reduced exposure/risk messages would not pull former smokers back into the category, or draw in nicotine naïve consumers.”

Specifically, less than 5% of former smokers and less than 1% of never-smokers reported they were likely to use iQOS regularly due to the four reduced exposure warnings. Those rates went up—albeit slightly—for the reduced-risk warning, with 15% of former smokers and 6% of adult never-smokers under 25 saying they were at least very likely to become regular iQOS users.

“We find this encouraging as the FDA has made it clear that any new products brought to the market (via PMTA) or then provided a reduced-risk claim (MRTP) target current smokers and must not draw new consumers, in particular youth, into the category,” Azer said.

Overall, Azer and Herzog expressed enthusiasm over the data and iQOS’ potential in the U.S. and worldwide, with Herzog going so far as to predict that iQOS could displace as much as 30% of the combustible cigarette market by 2025.

“We believe iQOS represents the industry’s first legitimate step toward mainstreaming reduced-risk products and reshaping the global smoking industry and in the process, offering a way to potentially improve smoker health trajectories significantly and rapidly worldwide,” she said.