ATLANTA -- For the first time since its 2012 launch, the Centers for Disease Control and Prevention (CDC) “Tips from Former Smokers” campaign will target electronic cigarettes. Starting March 30, the CDC will start running print and radio ads featuring a vaper named Kristi with a caption that reads: “I started using e-cigarettes but kept smoking, right up until my lung collapsed.” 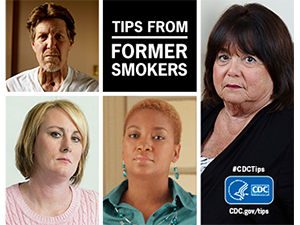 The CDC, however, pointed to a 2014 Nicotine & Tobacco Research study that estimated 75% of e-cigarette consumers continue to use combustible cigarettes as its reasoning for including vaping in the campaign.

“Our core message is cutting down is not sufficient,” Tim McAfee, senior medical officer at the CDC’s Office on Smoking and Health, told The Wall Street Journal.

Electronic cigarette manufacturers expressed optimism that the ads would not dissuade consumers from vaping—just inform themselves on the facts.

“The anti-side has been spewing crap like this constantly, but we continue to grow,” said Jason Healy, president and founder of the Lorillard Inc.-owned blu Ecigs. “People know the truth about e-cigarettes.”

Richard Smith, a spokesman for R.J. Reynolds (maker of the industry-leading Vuse digital cigarettes), told Bloomberg that “adult tobacco consumers have a right to be fully and accurately informed about the risks of serious diseases, the significant differences in the comparative risks of different tobacco and nicotine-based products, and the benefits of quitting.”

Herzog, however, voiced concerns about the anti e-cig sentiments being expressed not just by the CDC, but other public-health organizations like the American Lung Association and the Campaign for Tobacco-Free Kids.

“Unfortunately, there continues to be lack of vapor industry and public health alignment, which is in turn driving worsening public perception of the vapor category,” she said. “We believe leadership is needed—both at the FDA and in the public-health community—to stem the increasingly negative messaging about the e-cig/vapor category given the potential for e-cigs/vapor to positively impact public health.”

The CDC’s new “Tips from Former Smokers” campaign will run for 20 weeks and include broadcast, print, billboards and online ads.