WASHINGTON -- The percentage of U.S. middle and high school students who use electronic cigarettes more than doubled from 2011 to 2012, according to data published by the Centers for Disease Control & Prevention (CDC). 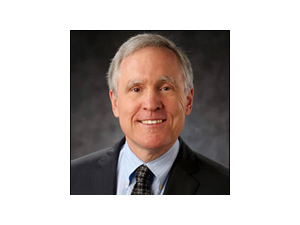 "The increased use of e-cigarettes by teens is deeply troubling," said CDC director Tom Frieden. "Nicotine is a highly addictive drug. Many teens who start with e-cigarettes may be condemned to struggling with a lifelong addiction to nicotine and conventional cigarettes."

"About 90% of all smokers begin smoking as teenagers," said Tim McAfee, director of the CDC Office on Smoking & Health. "We must keep our youth from experimenting or using any tobacco product. These dramatic increases suggest that developing strategies to prevent marketing, sales and use of e-cigarettes among youth is critical."

"These data show a dramatic rise in usage of e-cigarettes by youth, and this is cause for great concern as we don't yet understand the long-term effects of these novel tobacco products," said Mitch Zeller, director of the CTP. "These findings reinforce why the FDA intends to expand its authority over all tobacco products and establish a comprehensive and appropriate regulatory framework to reduce disease and death from tobacco use."

Although some e-cigarettes have been marketed as smoking cessation aids, there is no conclusive scientific evidence that e-cigarettes promote successful long-term quitting, according to the CDC.

[Editor's Note: CSP Daily News does not endorse the opinions, assertions, conclusions or recommendations of the CDC.]

Thomas Briant, executive director of the National Association of Tobacco Outlets (NATO), issued the following statement in response to the CDC release:

The CDC's study ... raises too many unanswered questions for the data to be used as a basis for proposing significant restrictions on electronic cigarettes. It appears the CDC and the FDA are extrapolating data from the 2011 and 2012 National Youth Tobacco Surveys (NYTS) to support the FDA's announced plan to expand its authority over other tobacco products, including e-cigarettes, by issuing proposed regulations this October.

Studies have found e-cigarettes to be effective in reducing cigarette smoking or aiding smokers in quitting. Given that e-cigarettes appear to have a positive effect in the reduction of smoking tobacco-burning cigarettes, the NATO can only conclude that the FDA is setting the stage for the rollout of the agency's proposed e-cigarette regulations in two months.

Moreover, NATO has not seen the actual 2012 NYTS study itself--only the summary that has been provided by the CDC. ... The summary leaves some questions unanswered, such as how many students actually completed the survey in order to extrapolate the CDC's estimate that 1.78 million students have tried e-cigarettes. According to U.S. Census numbers from 2011, there are approximately 40.8 million youth between the ages of 10 and 19 in the U.S., so the sample size of any study like the NYTS should be quite large.

NATO does not support the sale of e-cigs to underage consumers; however, NATO members firmly stand behind the right of adults to purchase e-cigarettes, particularly when they are looking for assistance in "stepping down" from smoking traditional cigarettes. We hope any future regulations proposed by the FDA will not interfere with the right of adults to choose what, at least at this time, appears to be a less harmful alternative to traditional cigarettes.