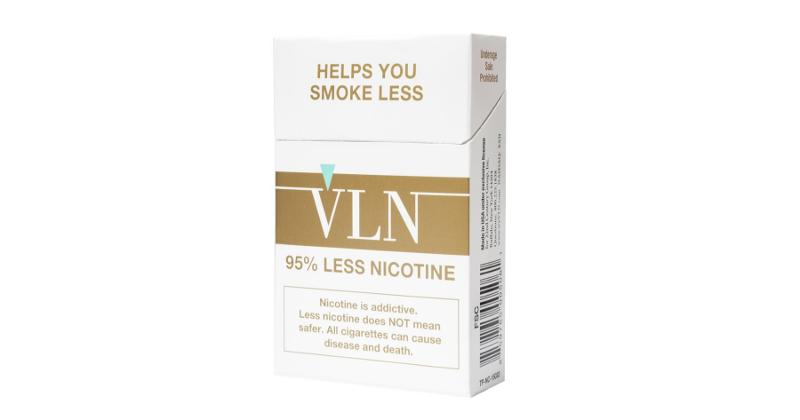 The cigarettes will be available exclusively at more than 150 Circle K c-stores in Chicago, Cook County and surrounding counties. The three- to six-month pilot will be the first U.S. sales of VLN King and VLN Menthol King cigarettes. Following the pilot, 22nd Century and Circle K plan to expand sales nationwide to more than 7,000 stores in 48 states.

A pack of VLN cigarettes will be similarly priced to full nicotine premium brands, at about $9 to $12, depending on tax, the company said, adding that Illinois is one of the most expensive cigarette retail markets in the United States. The Centers for Disease Control and Prevention (CDC) estimates 15.5.% of Illinois adults smoke cigarettes, which is higher than the national average of 12.5%, 22nd Century said.

“Studies show that at least half of all adult smokers try to quit each year, and VLN cigarettes give them an alternative that tastes, smells and burns like a cigarette but greatly reduces their nicotine consumption,” 22nd Century CEO James Mish said.

The U.S. Food and Drug Administration (FDA) on Dec. 23 authorized the marketing of VLN King and VLN Menthol King combusted, filtered cigarettes as modified risk tobacco products (MRTPs), which help reduce exposure to, and consumption of, nicotine for smokers who use them. The exposure modification orders for VLN King and VLN Menthol King allow 22nd Century to market them with claims including: “95% less nicotine,” “helps reduce your nicotine consumption” and “greatly reduces your nicotine consumption,” the FDA said.

22nd Century is a plant biotechnology company focused on technologies that alter the level of nicotine in tobacco plants and the level of cannabinoids in hemp/cannabis plants through genetic engineering, gene-editing and modern plant breeding, the company said.

What is the New FDA Commissioner Saying About Tobacco?