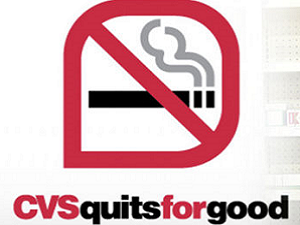 The move is expected to cost the drug giant $2 billion in revenues, yet for CVS, the concept of promoting wellness could not be reconciled with a product known for its health hazards.

“Put simply,” said CVS President and CEO Larry J. Merlo, “the sale of tobacco products is inconsistent with our purpose.

“…Removing tobacco products from our retail shelves further distinguishes us in how we are serving our patients, clients and health care providers and better positions us for continued growth in the evolving health care marketplace.”

While the drug channel isn’t a major player in tobacco, representing approximately 5% of U.S. tobacco sales, the voluntary action stunned many, including Wall Street analysts.

“Although cigarette margins are low for retailers they do drive foot traffic, therefore we were surprised by CVS's move,” Wells Fargo tobacco analyst Bonnie Herzog said in a research note.

“We’ve seen this time and time again with different channels,” Nik Modi, tobacco analyst at RBC Capital Markets, said in an interview with CNBC. “For instance, the dollar channel was resistant to sell tobacco for quite some time and realized they were losing a lot of foot traffic to competing retailers. They started selling tobacco about 18 months ago.”

So, although CVS’ move won praise from President Obama, the American Cancer Society and the Legacy Foundation, it will likely have little effect on overall tobacco sales.

“If drug stores aren’t selling the product,” Modi said, “I believe the core tobacco consumer will go to another channel to buy that product.”

With c-stores accounting for the vast majority of tobacco sales in the United States, the convenience channel stands to benefit most from CVS’ exit from the tobacco category.

“This is a positive for c-stores as we believe a portion of the total tobacco volume sold through drug stores and supermarkets will move to c-stores, especially if more drug retailers follow suit,” Herzog said. “Further, if more tobacco consumers are going into c-stores, this bodes well for c-stores' other nontobacco merchandise sales.”

The likelihood that CVS tobacco consumers will merely shift to the c-store channel is also good news for manufacturers, who Herzog predicts will feel “no impact” from CVS’ exit.

Modi agrees, adding “I know that it sounds like a pretty big event, but at least to the P&L of the (tobacco) companies, I don’t think it’s going to be very material.”

What remains unclear is whether CVS’ ban will extend to electronic cigarettes.  Of course, debate continues to rage whether e-cigarettes are a cessation device or certainly a far less harmful product.

Will CVS keep the door open for electronic cigarettes?  How are leading e-cig players reacting to the major news?  See what they have to say in the following story….