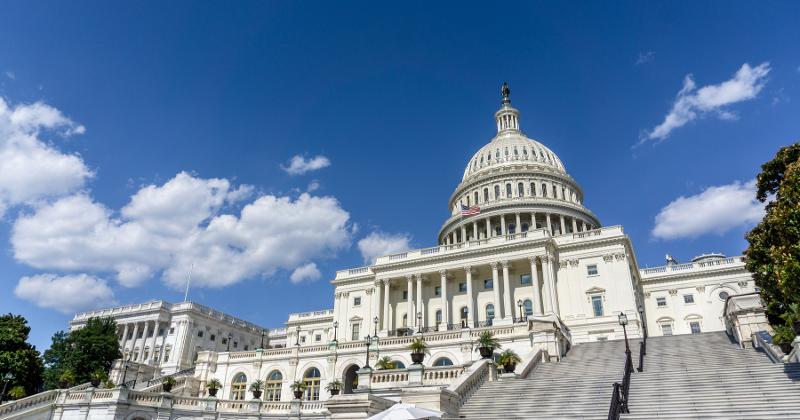 WASHINGTON — Democratson Thursday introduced a bill to establish the first federal e-cigarette tax and increase the tobacco tax rate for the first time in a decade.

The bill aims to reduce youth tobacco use by closing loopholes in the tax code that the tobacco industry exploits to avoid regulation and taxes for their products, Durbin said.

“Tobacco-related disease accounts for one out of every five deaths in America, and I know that story firsthand,” Durbin said. “Data shows that the most effective strategy to prevent children from starting this deadly habit is to price it out of their range. This bill would help reduce tobacco and e-cigarette use by ending loopholes that the industry has exploited to target our children. If America can kick its nicotine addiction it would go a long way to improving our public health for generations to come.”

As of Friday morning, a full text of the proposed changes to the Internal Revenue Code of 1986, including what the increased tax rates would look like, was not yet available online.

In another effort to reduce youth smoking, on March 23 Democrats called on the FDA to remove flavored e-cigarettes from the market.

U.S. Reps. Debbie Wasserman Schultz and Diana DeGette, joined by more than 40 members of Congress, wrote a letter to the U.S. Food and Drug Administration (FDA) asking it to prioritize the need to protect youth from nicotine and tobacco products as it conducts its reviews of e-cigarettes and other flavored tobacco products through the premarket tobacco product application (PMTA) process.

The legislators asked the FDA to remove all flavored e-cigarettes from the market that are currently under FDA review, according to the letter.

“Flavored e-cigarettes are putting a new generation of kids at risk of nicotine addiction and the serious health harms that result from tobacco use. And these products are widely available and popular with kids,” the letter said. “Unfortunately, the vast majority of these tobacco products that are undergoing premarket review have already been on the market for several years with observable negative consequences for public health.”