GOODLETTSVILLE, Tenn. -- As discount chain Dollar General Corp. enters its second year selling tobacco and moves into its second month as a fuel retailer, it seems pleased by the performance of both new businesses, each in its own stage of maturity and return. 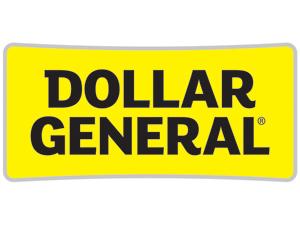 In Dollar General's third-quarter 2013 earnings call, chairman and CEO Richard Dreiling highlighted the traffic-building performance of tobacco, which it began rolling out chainwide at the end of 2012.

"The addition of tobacco products has had a significant impact on growth in our customer traffic, which I continue to believe is the most important metric with regard to evaluating the success of our tobacco initiative," said Dreiling. "We're very pleased with the progress we made in building our market share in tobacco. Going forward, we expect both traffic and transaction size to build as customer awareness of tobacco products in our stores continues to grow."

Third-quarter sales for Goodlettsville, Tenn.-based Dollar General rose 10.5% compared to the previous year to reach $4.4 billion, with same-store sales up 4.4%. Consumables, including tobacco, perishables, candy and snacks, enjoyed the strongest sales gains in the third quarter, up nearly 12%. Traffic and average ticket grew for the 23rd consecutive quarter, with traffic contributing the most to the sales increase.

Overall, the chain's third-quarter operating profit increased by 8% to $390 million. Its gross-profit rate fell 61 basis points to 30.3% of sales, with most of this related to strong tobacco and refrigerated food sales. Gross profit rose 8.3% for the quarter.

Not only are more tobacco customers visiting Dollar General, but more of them are also beginning to purchase items beyond tobacco, said Dreiling. When Dollar General first began selling tobacco, one-third of baskets with cigarettes were not accompanied by any additional purchases. Another one-third included an additional purchase--such as a soda or bag of chips--and the remaining one-third were part of a multi-item basket.

"We're now at the stage of the game that back one-third where cigarettes are going into the actual basket is now at 44%," said Dreiling. "And cigarette purchases only are declining to 26%. So we're beginning to convert the cigarette customer into a shopper."

Also in October, Dollar General launched a test selling fuel at one of its larger-format Dollar General Market sites in Hanceville, Ala. The dollar chain partnered with Mansfield Oil on the pilot, which will run through the next year. While Dreiling said it was too soon to tell if Dollar General would expand fuel beyond the initial test location, he observed, "It's pumping gas at the rate that a convenience store would, so we're very, very pleased with what we're seeing, but a little soon to lay that one on the table."

With these new businesses and an expansion of its refrigerated food offer, can Dollar General keep up the pace? During the question-and-answer session of the earnings call, an analyst pointed out that competing dollar chain Family Dollar saw its same-store sales increases lose steam after about one year of selling tobacco and perishables and asked whether Dollar General would see a similar quick maturation of those two categories.

"I can remember when we had one shelf of pizzas--now we have a whole door of pizza," replied Dreiling. "I've watched the evolution of more, what I would call, ready-to-eat quick serve meals, where that's gone from basically a shelf to a whole door and maybe even 1.5 doors. And I think, as you look at us, what we have historically done is taken something and continued to build on it over a period of time."

As it pertains to cigarettes, Dreiling reiterated that its impact on comp sales was not paramount.

"It's what it does for traffic. And the fact that it brings in incremental traffic and then it's up to us, through our offering and the way we manage our stores, to turn that into a bigger basket. And again, if you think about it, if you look at our sales per square foot, if you look at our transaction growth and look at our basket growth, we have been very good on building on those for a very long period of time."