NEW YORK --Dear Mr. Zeller, First off, let me say that I do not envy the position you're in. The regulatory process is never a simple task, much rather for an industry as large and complex as tobacco. But regulating an entirely new type of product that's rapidly evolving and reinventing itself? Products that, depending on who you ask, could lead to landmark improvements in public health … or a giant step backwards in the fight against youth tobacco consumption? Mind-blowingly daunting seems an understatement. 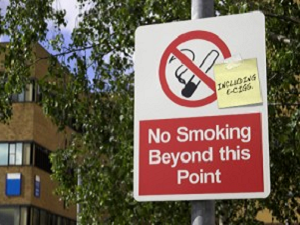 You've tackled this challenge with poise, acknowledging both concerns over youth consumption while also seeing the bigger picture: that as tobacco-free, non-combustible products which replicate the smoking experience, electronic cigarettes might warrant the elusive reduced risk" branding. You addressed this risk continuum during a December Food & Drug Administration (FDA) webinar:

"Nicotine creates and sustains addictions, but it's not the nicotine that kills people. Different tobacco products deliver nicotine in different ways; certain products pose more risk to the individuals than others."

Of course, many of us in the retail world had hoped you'd weigh in on these regulations by now. But with your vow to base any and all deeming regulations off solid scientific evidence, some delay is understandable. It can't be easy for researchers to keep up with the innovations, especially with the endless flood of new products entering this market. With so much riding on these regulations, they are not something that should be rushed through without the proper scientific research.

And yet, that's precisely what's going on in cities like New York, Chicago and Los Angeles. All three metropolises passed legislation effectively lumping electronic cigarettes in with combustible cigarettes--despite the fact that your organization has not yet passed national regulations on the segment, nor is there any scientific evidence that suggests secondhand vaping causes any harm.

To proponents of these measures, the scientific impact on public health was less important than the public perception of electronic cigarettes: Los Angeles city attorney Mike Feuer went so far as to say "even if it were determined later on that the emissions from e-cigarettes aren't dangerous to a bystander, the existence of devices like this … in public places does threaten to renormalize the behavior of smoking."

The PR battle against electronic cigarettes has now gone to the Senate: at least three senators have written their state attorneys general to classify electronic cigarettes as cigarettes under the terms of the Tobacco Master Settlement Agreement; five more have proposed the Protecting Children from Electronic Cigarette Advertising Act, which would permit the Federal Trade Commission (FTC) to ban anything they determine as marketing e-cigarettes towards children.

E-cig opponents argue that, regardless of the science, because these products can sometimes look like cigarettes and (some) are made by tobacco companies, they must pose some threat to children and the greater public's health (even if they don't yet know exactly what that threat may be).

But what does the science say?

I am not a scientist. I cannot speak to the science of electronic cigarettes the way people like Michael Siegel and Brad Rodu can (and do). But I can speak to what I've seen with my own eyes. I am not a reformed smoker, but I know a lot of smokers and have passed along more than a few e-cig samples. My (soon-to-be) brother-in-law took one of those samples, more out of curiosity than a desire to quit. Six months later, he no longer buys combustible cigarettes and tells me how great it feels to walk up a flight of stairs and not feel winded. Did I mention my brother-in-law is only 25 years old?

Mr. Zeller, I know you must hear hundreds of stories like this. I understand that, as you said in December, the Center for Tobacco Products (CTP) "can't make policy simply on the information of some people who had a good experience" with e-cigs.

But the opposite must also be true: regulations on an issue as important as this cannot be made based on a PR smear campaign that accuses electronic cigarettes of harming the public health without any scientific evidence to back it up.

Today, Mr. Zeller, I am asking you to hold true to your vow of making science-based regulations that will stand the test of time--but also recognize that there are other powers at play here.

I know we're all eager for your proposed deeming regulations, and on one hand, you need to take as much time as needed to gather the facts needed to decide on such policies. But other municipalities are not taking such a rational approach, passing harsh e-cig regulations that could be life-threatening to people like my brother-in-law. I worry how much good science-based e-cig policies from the CTP will do if states and cities have already established stricter, public opinion-based regulations that serve to dissuade people from using these products.

We all understand that this kind of research takes time. But electronic cigarettes have been around for many years--surely enough scientific evidence has been culled to take some kind of stance. The time has come.