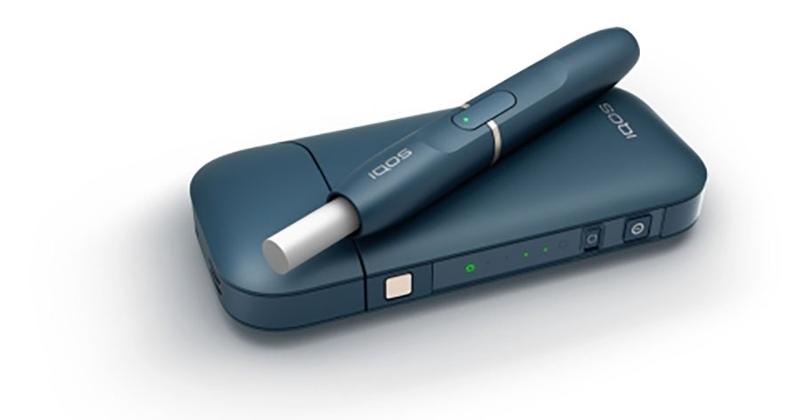 RICHMOND, Va. — After more than two years of anticipation, Altria Group Inc. announced that the U.S. Food and Drug Administration (FDA) has authorized the sale of the heat-not-burn IQOS tobacco device in the U.S. market, with about 500 convenience stores in the Atlanta area ready to market the product.

The FDA authorization follows the agency’s review of a premarket tobacco product application (PMTA) from New York-based Philip Morris International (PMI) that it originally submitted in March 2017. Under an exclusive licensing agreement with PMI, Philip Morris USA (PM USA), which is a subsidiary of Richmond, Va.-based Altria, will commercialize IQOS nationally, along with three varieties of the insertable tobacco “sticks” called HeatSticks that the device requires.

“PM USA will act on market insights and expects to scale IQOS quickly and efficiently,” said Howard Willard, chairman and CEO of Altria.

The plan is to first introduce IQOS to adult smokers in the Atlanta market “to learn as much as possible, as quickly as possible,” Willard said, with the intention of grabbing “first-mover” advantage with the heated-tobacco devices.

To support the introduction, PM USA plans to have a number of retail “touch points” in Atlanta, including an IQOS retail store in Lenox Square; numerous mobile and retail units; and HeatStick distribution in about 500 retail trade-partner c-store chains, including Circle K, Murphy USA,QuikTrip, RaceTrac, Speedway and additional retail partners.

“IQOS has had terrific success internationally,” Willard said, referring to large-scale distribution in countries such as Japan, South Korea and Russia. “We’re very excited to bring this platform to adult smokers in the U.S.”

PMI reported that more than 7 million people around the world have “fully switched” to IQOS. The United States has an adult-smoker population of 40 million, Altria officials said.

To secure market authorization under a PMTA, Altria officials said that U.S. federal law obligates an applicant to demonstrate that marketing of a new tobacco product is appropriate for the protection of public health and requires the FDA to consider the risks and benefits to the population as a whole, including users and nonusers of tobacco products.

In December 2016, PMI submitted a modified-risk tobacco product (MRTP) application for IQOS to the FDA to allow the marketing of the product with modified-risk claims. Scientific review of the MRTP application is ongoing and is independent of the PMTA marketing-order authorization, the company said.