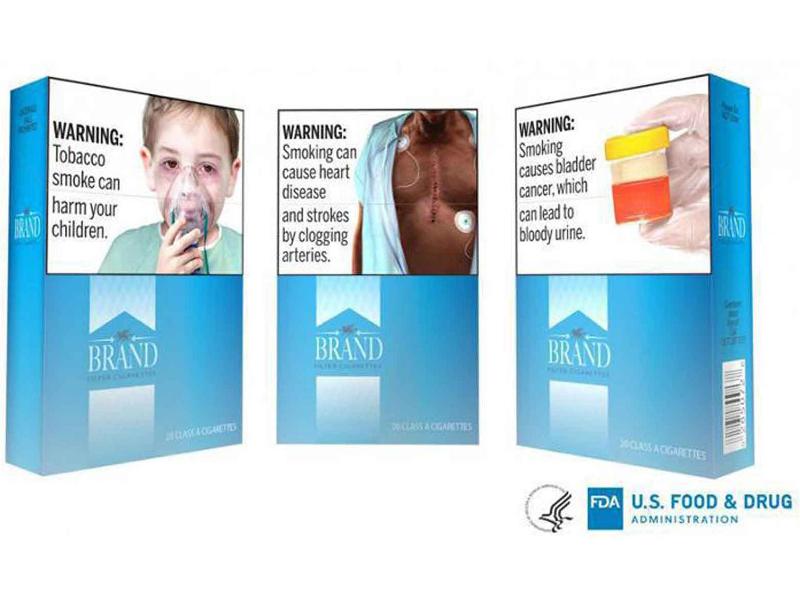 This was the second such set of warnings, as the first set was overturned as unconstitutional by an appellate court, which sent them back to the FDA to create new compliant warnings. These new warnings would have been required by the FDA beginning June 18, 2021.

Two federal lawsuits were filed to invalidate these new graphic warnings. One of those lawsuits, R.J. Reynolds Tobacco Co. et al. v. United States Food and Drug Administration, filed on April 3, by R.J. Reynolds Tobacco Co., several other manufacturers and five retailers in the Eastern District of Texas, sought to invalidate both the FDA’s rule for these new text and graphic cigarette health warnings and Congress’s requirement that the FDA mandate these warnings.

Also, pursuant to the Court’s order, any obligation to comply with a deadline tied to the effective date is similarly postponed. Manufacturers, wholesalers and retailers that create or produce their own cigarette advertising are required to submit such a cigarette health warning rotational plan to the FDA. Because of the court’s order, the FDA announced that it strongly encourages entities to submit cigarette health warning rotational plans as soon as possible, and in any event by March 16, 2021, rather than Dec. 16, 2020 as previously requested.

In addition, the FDA stated that the agency intends to revise its relevant guidance documents related to the graphic cigarette health warning rule with the new effective dates.

The R.J. Reynolds lawsuit remains ongoing, as does the other lawsuit, filed by Philip Morris USA Inc. and Sherman Group Holdings, LLC. The legal claims made in the two suits include:

These issues have not been decided, so whether the new graphic warnings will ultimately be required in their current form, further delayed, ruled as unconstitutional or amended remains to be seen. Although the graphic warnings requirements most directly impact manufacturers, who must provide the warnings on packages, cartons and advertisements, retailers need to be aware of the progress of these cases as their result will impact the products retailers sell and when retailers that produce their own cigarette advertisements need to file cigarette health warning rotational plans with the FDA.