NEW YORK -- Though perhaps not as impressive as the “flat is the new up” numbers of 2015, Nielsen reported healthy cigarette sales for the four weeks ending June 18. Across all Nielsen-tracked channels, dollar sales were up 2.3% for the four-week period (up 1.4% over 12 weeks and up 2.5% year over year), while unit sales decreased by 1.3%. 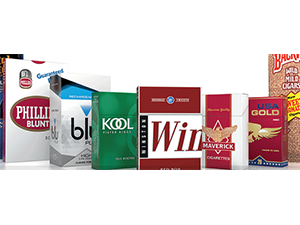 “Despite signs of cigarette volume improvements in the four-week period, we still expect total industry cigarette volumes to be down closer to -2% in the second quarter,” Wells Fargo tobacco analyst Bonnie Herzog wrote in a research note.

This marks the first month the Nielsen data reflects ITG Brands’ full cigarette portfolio, specifically two additional SKUs that had not been tracked in previous months.

Herzog acknowledged “directional improvements” in ITG’s top three cigarette brands. Kool grew both its dollar and unit sales (up 1.9% and 1.2%, respectively), while Winston and Maverick increased dollar sales (up a respective 3.4% and 0.2%) but lost unit sales (down 0.3% and 4.3%).

In terms of the other two major manufacturers, Reynolds American Inc. had the best four-week period, with its cigarette dollar sales growing 3.7%.

Altria’s numbers were closer to industry averages, with its dollar sales up 1.8% and unit sales down 1.1% (Herzog noted this marked an improvement to being down 2.2% over the past 12 weeks). Altria’s top-selling Marlboro brand grew dollar sales by 1.6% but was down 1.3% in terms of units (again an improvement from being down 2.6% the past 12 weeks).