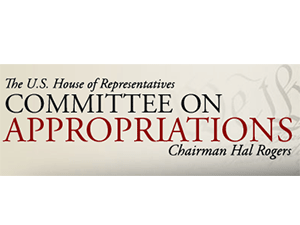 The bill focuses specifically on the predicate product date of Feb. 15, 2007—a date that was set when the Tobacco Control Act (TCA) originally granted the FDA authority over tobacco products. Under the law, products on the market by Feb. 15, 2007, would not have to submit a PMTA; products introduced during a 21-month transition period after the law was enacted could stay on the market so long as manufacturers submitted a substantial equivalence (SE) application.

In the FDA’s proposed deeming regulations for e-vapor, the agency stated that the Feb. 15, 2007, predicate date would remain in place for the newly deemed products (the majority of which were not on the market in 2007, and thus ineligible for the SE pathway).

“The committee is concerned that this approach will dramatically add to the FDA’s substantial backlog of currently pending applications and create a regulatory logjam for the agency,” the proposal said. “The committee has therefore established a new policy that treats newly deemed products in the same way as the TCA treated newly regulated products when the law was enacted. Specifically, the language in this bill would make the predicate date for newly deemed tobacco products the effective date of the final deeming rule and mimic the 21-month transition period provided for cigarettes, smokeless tobacco and roll-your-own tobacco.”

When the bill was first announced in June, the American Vaping Association (AVA) praised the House Appropriations subcommittee for potentially saving the e-vapor industry.

"Without action by Congress, the FDA's proposed regulations threaten to ban 99% of vapor products currently available on the market,” AVA president Gregory Conley said. “This would be a disaster not only for thousands of small businesses, but also public health.”

Not surprisingly, anti-tobacco groups spoke out against the proposal. The Campaign for Tobacco-Free Kids, the American Cancer Action Network and the American Heart Association released a joint statement saying the bill would “significantly limit” the FDA’s ability to protect children, specifically calling out flavored cigars and e-cigarettes.

“Rarely has Congress so blatantly put the special interests of the tobacco industry above the health of America’s kids,” the statement said.

Rep. Nita Lowey (D-N.Y.) agreed with these sentiments and proposed an amendment that would have removed the PMTA exemption from the appropriations bill, according to a report by The Hill.

“This bill would allow them to stay on the market ... without an FDA pre-market review and open the door for similar products to avoid FDA review down the road,” Lowey said, describing the rider as “objectionable.”

“Many of these products are aimed at children, including a substantial number of the 7,000 flavors of e-cigarettes ... bubble gum, gummy bears, swedish fish,” Lowey added.

In a 26-to-23 vote this week, Republican appropriators rejected Lowey’s proposal to strike the bill's language.

”E-cigarettes [are] not really smoking,” said Rep. Andy Harris (R-Md.). “I think most people realize they are less dangerous than cigarettes and yet we’re subjecting them to a higher level of regulation.”