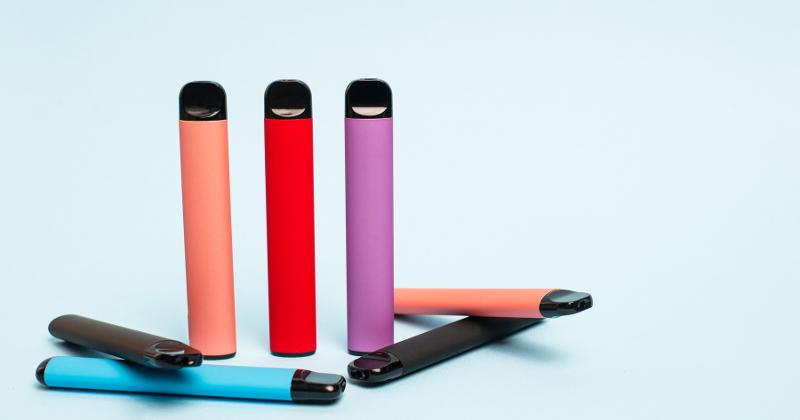 WASHINGTON — Legislators are trying to close a loophole that allows flavored e-cigarettes made with synthetic nicotine to evade U.S. Food and Drug Administration (FDA) oversight.

Even after the FDA banned most flavored vape cartridges in early 2020, some flavored electronic nicotine delivery system (ENDS) makers have avoided FDA regulation because the agency doesn’t have explicit authority over products containing nicotine that is not made or derived from tobacco.

Now, as part of the Consolidated Appropriations Act of 2022, which would fund the U.S. government through September 2022, the definition of “tobacco product” under the Family Smoking Prevention and Tobacco Control Act would include any product containing nicotine from any source, in addition to any product made or derived from tobacco.

This would give the FDA authority to regulate tobacco products containing synthetic nicotine. The U.S. Senate passed the act on March 10, and the bill was sent to President Joe Biden for his consideration.

“Over the last few years, FDA has taken important steps to crack down on the flavored vaping products that fueled the dramatic rise in tobacco use among kids and teens. Unfortunately, some bad actors have attempted to avoid FDA regulation by pivoting to using synthetic nicotine in their products. That ends with passage of this bill, which will close this loophole and clarify FDA’s authority to regulate all tobacco products, including those containing synthetic nicotine,” Pallone said in a statement.

According to the latest National Youth Tobacco Survey, nearly 85% of the 2 million middle and high school students who currently use e-cigarettes smoke flavored e-cigarettes, and disposables are the most-used e-cigarette device type.

Outgoing FDA Center for Tobacco Products (CTP) Director Mitch Zeller has called out Puff Bar as an example of a company trying to evade the FDA. The FDA warned Puff Bar in early 2020 for selling fruity, disposable e-cigarette products that the agency said appealed to youths. However, the company got around FDA regulation by releasing products that instead use synthetic nicotine, Zeller said. Puff Bar did not immediately respond to CSP’s request for comment.

Organizations like the American Vapor Manufacturers Association, though, said moves like this will prevent adult American smokers from switching from combustible cigarettes to vaping.

“This bill ought to be called the Cigarette Protection Act, because the indisputable outcome will be countless more Americans pushed away from nicotine vaping and back into combustible smoking,” Amanda Wheeler, president of the association, said in a statement to CSP.

How the FDA Is Handling Synthetic Nicotine, PMTAs and More