LIVINGSTON, N.J.-- It has been a day of good news for electronic cigarette manufacturer LOGIC Technology, with the announcement of both a high-profile new president and several top-ranking SKUs in the recently released Nielsen Item Rank Report. The two announcements are closely linked, as LOGIC's CEO Eli Alelov said the company has brought on former Altria senior vice president Miguel Martin to help with the rapid growth Nielsen has tracked. 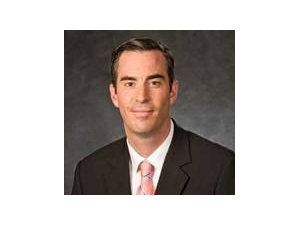 "For LOGIC, Miguel will bring his experience from the industry as far as managing large companies and the relationships he's maintained in the industry," Alelov told Tobacco E-News. "Our company's growing on a daily basis and we need someone with his skills to manage the growth."

According to Nielsen's Item Rank Report for the second quarter of 2013, that growth includes first, second and third ranking SKU's for dollar sales per point distribution in c-stores across the United States. Additionally, nine of the top 14 ranking SKU's belong to LOGIC, it said.

"If you look at the numbers, LOGIC is growing rapidly on a monthly basis," said Alelov. "Market share, dollar share, sales per unit--our company is constantly growing. That's a good sign."

Alelov reports the company has been putting extensive efforts into ensuring its customers receive only the best products, including monthly trips to China to monitor best manufacturing practices and delivering on the quality puff counts promised to consumers.

"All of this comes together," he said. "It's hard work and it's paid off. It's a big achievement for us."

"Keep in mind that LOGIC generates higher margins to the retailers, and thus more profits," said Alelov. "I think we are one of the only [companies] who's offering a quality electronic cigarette with a 40% gross margin."

It's this rapid growth--along with the overall potential of the e-cigarette industry--that drew 18-year tobacco-industry veteran Martin to sign on with LOGIC.

"It really is a perfect combination, my background both in sales and marketing with Altria plus the incredibly opportunity in the category and where LOGIC already is," Martin told Tobacco E-News. "It really is amazing to me, that they've been able to be as successful as they've been during the short period of time they've been in business, as evidenced by Nielsen and some of the Wells Fargo data."

That's not to say there isn't room to grow--though Nielsen shows LOGIC is certainly already performing well across the country, Martin said that he hopes to gain further distribution so the brand can enjoy the kind of dominating numbers it already in its home turf of the East Coast on a national level.

"There's a lot of opportunity to take this great product and do things nationally," he said. "It really leverages my background and the relationships I have with national wholesalers and distributors. I have an understanding of how to effectively grow a brand on a national basis."