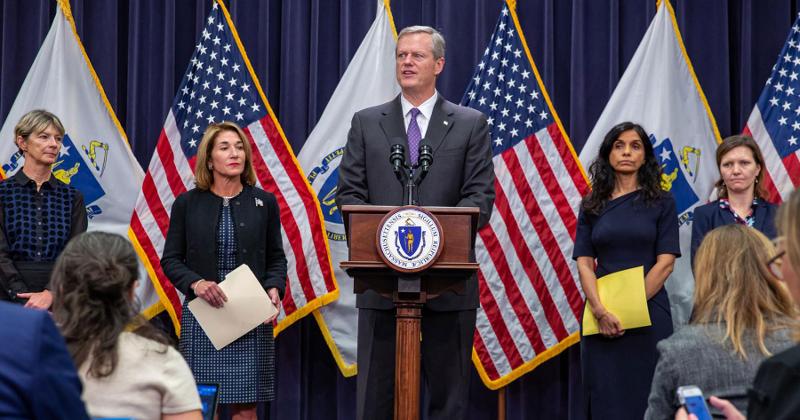 BOSTON — Joining Michigan and New York in taking action against the sale of vaping products, Massachusetts Gov. Charlie Baker declared a public health emergency and called for a temporary four-month statewide ban on the sale of flavored and nonflavored vaping products in both retail stores and online, state officials said.

The sales ban applies to all vaping products and devices, including tobacco and marijuana, officials said, and lasts through Jan. 25, 2020.

Earlier this month, officials with the U.S. Food and Drug Administration (FDA) and the Centers for Disease Control and Prevention (CDC) announced concerns and a coordinated investigation over possible deaths and illnesses related to the use of vaping products, although no single product has been linked to all cases.

“The use of e-cigarettes and marijuana vaping products is exploding and we are seeing reports of serious lung illnesses, particularly in our young people,” Baker said. “The purpose of this public health emergency is to temporarily pause all sales of vaping products so that we can work with our medical experts to identify what is making people sick and how to better regulate these products to protect the health of our residents.”

The state Department of Public Health (DPH) mandated that Massachusetts physicians report any unexplained vaping-associated pulmonary disease to the department, officials said. As of Sept. 24, the DPH had heard of 61 cases. Three confirmed cases and two probable cases of vaping-associated pulmonary disease in the state have already been reported to the CDC. The rest are pending further clinical analysis, officials said.

Meanwhile, Bentonville, Ark.-based Walmart announced it would discontinue the sale of e-cigarettes at its stores.