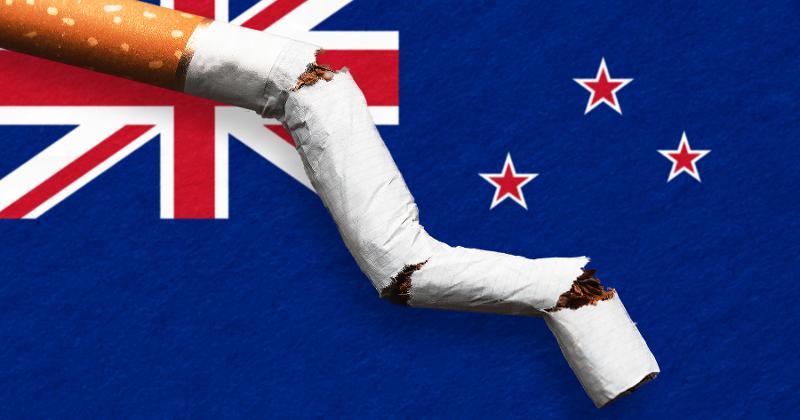 WELLINGTON, New Zealand — New Zealand has released a plan that would eventually ban sales of cigarettes in that country—something one health expert said could have global implications.

The Smokefree 2025 Action Plan aims to drastically reduce the availability of cigarettes by making them less addictive and by introducing a smoke-free generation, Dr. Ayesha Verrall, associate minister of health for New Zealand, said Dec. 9 to parliament, according to online transcripts.

The plan would gradually raise the smoking age each year after it goes into effect until it covers the whole population. Starting in 2023, anyone under age 15 would be barred for life from buying cigarettes. For example, in 2050, people 42 and older would still be able to buy tobacco products, the New  York Times reported. The proposed legislation is expected to become law next year, the Times said.

The measures will put New Zealand on track to reach its longstanding goal of being smoke-free by 2025, Verrall said.

“Nicotine is one of the most addictive substances on Earth,” she said. “So having cigarettes to buy in just about every supermarket, petrol station and convenience store makes it even harder for people trying to quit.”

While there are an estimated 8,000 retailers selling cigarettes in New Zealand, the smoke-free action plan will reduce that number to around 500 outlets by 2024, Verrall said.

“This will give businesses time to plan for their transition away from tobacco. But, ultimately, it means that people who have decided to quit won't be passing half a dozen chances to buy a packet of cigarettes every time they walk to their local shops,” Verall said.

Vaping products would not be affected by the law, the Times said.

Janet Hoek, a public health expert at the University of Otago, told the publication she hoped New Zealand’s plans would inspire other countries to pass similarly ambitious legislation. “Now that New Zealand has made that step, I expect many other countries are going to follow suit,” she told the Times. “This will be something that begins in New Zealand but that really has global implications.”

PMI to Stop Selling Cigarettes in the U.K. Within 10 Years