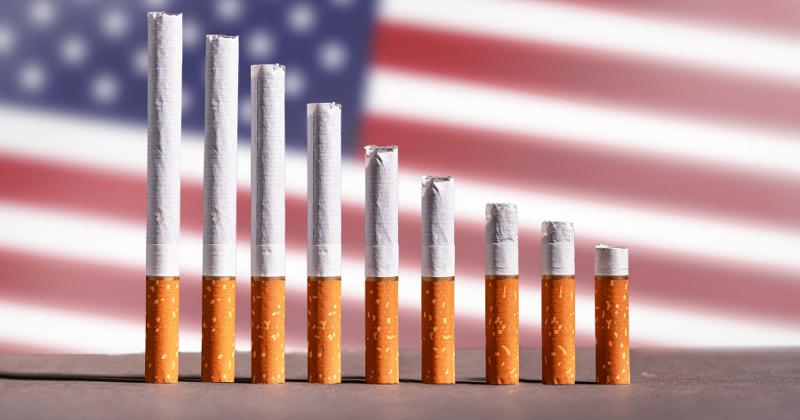 Managing Director Bonnie Herzog said nicotine volumes were down 9.7% over that period as the category laps COVID-19-related volatility. Total volumes were up 2% year-over-year in the prior year, she said.

All channel cigarette dollar sales were also down 3.2% for the two weeks ending June 19.

When it came to e-cigarettes, overall category volume was up 6.7% while dollar sales were down 5.9%. Vuse continues to outperform when it comes to e-cigarettes, Herzog said. Winston-Salem, N.C.-based R. J. Reynolds Vapor Co.’s product was up nearly 87% for the two-week period, and up nearly 150% on a two-year stack basis, or the sum of the last two years of growth rates.

“Overall e-cig category gains were broadly driven by the e-cig refill market, which is nearly 83% of the total category and includes rechargeable, non-tobacco/menthol flavored cartridges/pods that have been FDA-restricted since Jan 2020,” Herzog said. “While the refill market works to recover, the much smaller e-cig disposable market (about 13% of category) has begun to contract as the FDA started to go after non-compliant market participants.”

Disposable e-cigarettes dollar sales were down 52.6% for the two-week period.

Modern oral nicotine remains strong, but the smokeless category volume overall showed slightly decelerated growth. Dollar sales for smokeless were up 1% for the two weeks and volumes were down 3.3%, Herzog said.