NEW YORK -- The latest Nielsen data portrayed a bleak period for e-vapor sales. In the period ending August 8, 2015, electronic cigarette sales were down 3.5% year over year across all channels (including mass and convenience stores). A unit sales growth of 19.5% did not offset a negative net pricing of 19.3%. 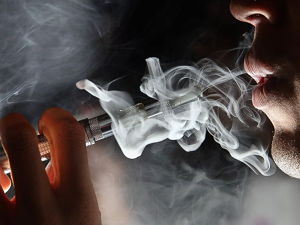 Though continued pricing trends are largely to blame for the soft numbers this period, Wells Fargo analyst Bonnie Herzog believes the under-reported vaporizer, tank and mod (VTM) subsegment is also at play. Because a large portion of VTM sales occur online and in vape shops—neither of which are tracked by Nielsen—the Nielsen data is no longer capturing the full e-vapor category.

“Though e-cig year over year pricing has been persistently negative, we believe it’s at least partially due to difficulty in capturing SKUs given the rapidly evolving vapor category and proliferation of VTM and refills which tend to have a lower retail price,” Herzog wrote in a research note.

It’s not just about where vape sales are tracked, but how those sales are measured. Typically, sales are tracked by actual units: a 5ml bottle of e-liquid or five-pack of cartridges is tracked the same as one disposable e-cig. Based on that data, Nielsen estimates the vape market subcategory sales over the last 52 weeks have broken down as  47% rechargeable refills, 26% disposables, 22% kits, and 5% e-liquids.

By comparison, Management Science Associates (MSA) tracks equivalent unit sales: so a 5ml bottle of e-liquid or five-pack of cartridges would equal five disposables. MSA retail shipment data for the 26 weeks ending June 27, 2015, showed e-vapor sales were actually up 17% across all channels (versus a year ago). The subcategory breakdown was also vastly different: 45.5% e-liquids, 43% refill cartridges, 7% disposables and 4.5% kits.

“While Nielsen’s data is useful directionally,” said Herzog, “we believe the e-cigarette unit and pricing data remains difficult to rely on given Nielsen is not yet reporting ‘equivalent’ units in this category.”

“We remain encouraged by the category’s upside potential, driven by Big Tobacco’s national e-cig rollouts,” Herzog said. “(We) believe the trial and awareness generated by Vuse and MarkTen should continue to elevate the entire category and drive incremental trial.”