Continue to Site >>>
Edit
WASHINGTON -- The FDA is currently on Step Four of a nine-step process to propose and adopt new rules and regulations on other tobacco products, which may include cigars, pipe tobacco, electronic cigarettes and/or hookah tobacco. Specifically, Step Four is a review of the proposed FDA tobacco rule and regulations by the White House Office of Management and Budget (OMB). Generally, under Step Four, the OMB only reviews those proposed rules or regulations that are determined to be significant.
Although the process is at Step Four, the FDA has already taken three other steps regarding the proposed tobacco regulations. Step One involved the “Initiating Events” by which the FDA decided if a new rule was required due to a mandate under federal law, a recommendation from another government agency, a lawsuit which requires a rule, or a citizen petition requesting a rule. In this case, Congress granted the FDA the authority under the Tobacco Control Act to extend federal regulations to other kinds of tobacco products, potentially cigars, pipe tobacco, electronic cigarettes and/or hookah tobacco. Step Two was a determination by the FDA of the necessity to adopt new regulations on other tobacco products. Step Three involved the actual drafting of the new rule and regulations on other tobacco products.
The publication of the proposed regulations in the Federal Register is Step Five in the rulemaking process. According to a recent notice published by the FDA, the agency intends to issue the proposed tobacco regulations on cigars, pipe tobacco, electronic cigarettes, and/or hookah sometime this December, provided that the OMB has completed its review of the proposed tobacco regulations.
Step Six requires that a federal agency provide the public with an opportunity to submit written comments for consideration by the agency. The public must be allowed to submit comments either via mail or electronically on-line. Under an Executive Order, the public comment period is 60 days.
In Step Seven, the FDA will prepare what is known as the Final Rule, which may add or delete proposed regulations based on comments received from the public. Then, in Step Eight, the OMB once again reviews the Final Rule provided that the new rule is deemed to be significant. The last step, Step Nine, involves the publication of the Final Rule in the Federal Register, which will include an effective date for the new regulations. In addition, the FDA will need to submit the Final Rule to Congress and the Government Accountability Office (GAO) before the regulations can take effect.
Click here a chart that details each of the nine steps in the federal rulemaking process. 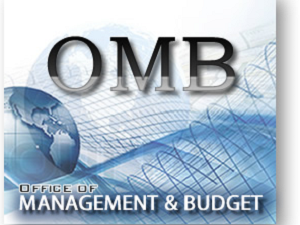