ATLANTA -- Electronic-cigarette sellers hoping to capitalize on the new CVS ban on the sale of tobacco said they are frustrated that the pharmacy chain won’t carry their products either, according to an ABC News report. 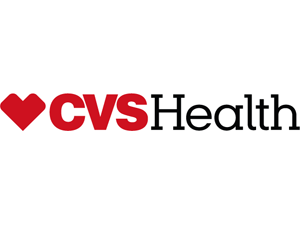 "CVS stores have never sold e-cigarettes and has no plans to sell them in the future,” CVS Health spokesman Mike DeAngelis told ABC.

Gregory Conley, the president of the American Vaping Association, an organization that represents independent e-cigarette sellers, said he had spoken to e-cigarette sellers who had been in talks with CVS to carry vaping products as far back as February when the company first announced its intentions to ban tobacco sales. He said he was disappointed the company has elected to treat e-cigarettes as a tobacco product.

“Considering that CVS wants to rebrand itself, it would completely make sense they would want low risk alternatives to the product they just removed from the shelves,” Conley said.

Tobacco analyst Bonnie Herzog of Well Fargo told CSP Daily News "CVS could be missing an opportunity," and doubts other retailers will follow in CVS' footsteps.

"I can’t rule it out, but even if they do, it doesn't change anything for the manufacturers or the overall growth of the category," she said. "It does however present a great opportunity for c-stores because that (e-vapor) traffic is going to shift. Overall, it doesn't change the total sales potential, it just shifts the distribution. I think c-stores realistically are the biggest gainers in that decision … if in fact CVS sticks with that decision."

Julie Woessner, the president of Consumer Advocates for Smoke-free Alternatives Association, also known as CASAA, said she too thinks it’s a shame that CVS isn’t considering the sale of e-cigarettes and other “vaping” products.

“There is no reason why anyone should make e-cigarettes less accessible to consumers, especially those looking to make the switch from tobacco cigarettes,” she said. “It’s smoking that causes all the health problems, not the smokeless alternatives.”

CVS announced Wednesday that it had officially removed all tobacco products from its stores in an effort to focus its product offer more on good health.

CVS Exits Tobacco Ahead of Schedule