NEW YORK -- In early June, Reuters reported that the U.S. Food and Drug Administration (FDA) had hoped to effectively ban flavors in the original version of the “deeming” regulations for electronic cigarettes, cigars, pipe and hookah tobacco. Many in the industry were surprised the learn that only an intervention by the White House prevented a clause that would have required manufacturers to submit timely substantial equivalence (SE) or premarket tobacco applications (PMTAs) for flavored products just 90 days after the regulations went into effect. 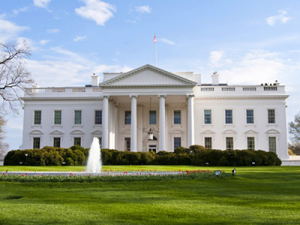 Jeff Stier, a senior fellow at the National Center for Public Policy Research and vaping advocate, was not one of those caught off guard by the news. Based on his experience meeting with the White House Office of Management and Budget (OMB), Stier fully suspected flavors were at play. In an exclusive interview with Tobacco E-News, Stier talked about meeting with the OMB and how he (and others) successfully made the case for flavors.

Q: How was meeting with the OMB different than meeting with the FDA?
A: OMB is not like FDA or CDC (Centers for Disease Control and Prevention). They’re at least supposed to be more analytical—they were our best bet.

Q: Did you know before meeting with the OMB that the FDA was trying to regulate flavors?
A: When you go into an OMB meeting on a proposed rule, you don’t have the final rule they’re considering, so you’re going in there to critique something you haven’t read. What you’re criticizing might not be in the final rule. It’s like a guessing game, what’s in the final rule that OMB is going over.

Q: Why did you suspect the final regulations might include restrictions of flavors?
I gave them my whole spiel about e-cigarettes being a harm-reduction product. In passing, I addressed the importance of flavors. They had a very good poker face … until I mentioned flavors. When I mentioned flavors, they’re ears perked up, they started making eye contact.

They’re went so far as to ask me follow up questions, ask me to send studies that address the importance of flavors in helping people quit smoking. I said, “Oh no, this must be in the rule.”

Q: What evidence did you present in defense of flavors?
A: We’re seeing an overwhelming number of anecdotes—as the FDA would put it—and we’re also beginning to see scientific data pointing to the benefits of flavors helping people not only quit smoking, but more importantly, stay off cigarettes. You might switch from smoking to e-cigarettes even without a flavor option. But without the flavor, you might find it unsatisfying and unappealing, and go back to smoking.

Q: Ultimately, the White House deleted the clause about flavors. Does this prevent the FDA from banning them?
A: This information shows the intent of the FDA. I don’t believe it’s the role of OMB to change the intent of the FDA. OMB has [just] restricted FDA. If FDA is going to ban flavors, instead of doing it in August, it’s going to have to do it as part of that PMTA process. What’s really going on here is the FDA already has a position on flavors: They’ve got to go. Now they just have to go through the process.

To me, it was very interesting. Some people had a reaction to this information that came out where they treated it as good news. FDA was restricted from banning flavors for now. That’s good news in the same way it’s good news to hear that your death sentence has been postponed for a year and a half. It’s good that you’re not being killed today, but I wouldn’t call it good news.