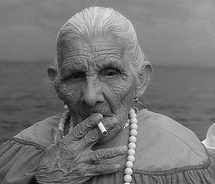 "The purpose of the warnings is not to inform, but to scare consumers into adopting the government's course of action," Noel Francisco, a lawyer for R.J. Reynolds, a unit of Winston-Salem, N.C.-based Reynolds American Inc., told U.S. District Judge Richard Leon in Washington. The government is using "threats and fear" to motivate people to stop using a lawful product, he said.

Leon in November canceled a September 22 deadline for tobacco companies to begin displaying images such as diseased lungs and a cadaver with chest staples on an autopsy table on the top half of the front and back of all cigarette packages. The U.S. Food & Drug Administration (FDA) rule may "unconstitutionally compel speech," the judge said. The government appealed.

Leon said yesterday that he will issue a ruling before the U.S. Court of Appeals in Washington hears arguments scheduled for April 10 on his earlier decision.

Lorillard, R.J. Reynolds, Commonwealth Brands Inc., Liggett Group LLC and Santa Fe Natural Tobacco Co. sued the FDA in August, claiming its mandates for cigarette packages, cartons and advertising violate the First Amendment. The companies said in court papers that it would cost them a total of about $20 million to meet the 2012 deadline.

Mark Stern, a Justice Department lawyer, compared the FDA mandates to warnings on packages of charcoal telling people to not use it indoors, noting that 28 people a year die from carbon monoxide poisoning for using charcoal inside their homes.

"That's a pretty big interest," he added. "It's no secret that the government wants people to stop smoking."

Leon told Stern that the tobacco companies aren't "quarreling with warnings per se." Rather, it's the use of graphic images that cross the line from warning to advocacy.

In his November ruling, Leon said the nine images selected by the government were intended to produce an emotional response and go beyond "purely factual and uncontroversial information" that other courts found to be permissible government-compelled speech. He also said the government "side-stepped" questions about whether any single graphic warning was effective in educating consumers about smoking risks.

Stern said that all the images are true depictions required by Congress in the 2009 Tobacco Control Act to show the negative health consequences of smoking. He said that the image of a man with cigarette smoke coming out of a hole in his neck conveys addictiveness.

"It's very unusual to sell a product that when used as intended will kill you," Stern said.

Francisco countered that under the government's rationale, it would be "factual and uncontroversial" to show a picture of an elderly woman smoking a cigarette with text claiming "115 years old and still smoking."

Leon said there's nothing in the record to show that Congress gave "clear, thoughtful analysis" to the First Amendment applications of the law. "Congress did what it did out of some innate sense of 'we can do this'," he said.