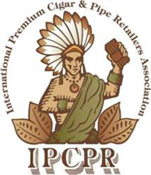 "Cigars with candy-like flavorings such as strawberry, watermelon, vanilla and chocolate attract kids to smoking and help hook them on this addictive habit," the senators wrote. "Congress helped protect young people from the harmful effects of tobacco by banning flavored cigarettes. But as youth cigarette use has fallen, cigars have become more popular among adolescents. ... We urge FDA to immediately close the current regulatory loopholes and prohibit flavored cigars in the interest of public health."

They added, "The Family Smoking Prevention & Tobacco Control Act of 2009 gives FDA the authority to regulate tobacco products and their flavorings, but FDA has not asserted its authority over cigars. On July 7, the Department of Health & Human Services [HHS] indicated in its semiannual regulatory agenda that FDA intended to issue this regulation in October of this year. Since FDA missed its October deadline, an estimated two billion cigars, cigarillos and little cigars have been sold without appropriate regulation."

In part to counteract such an effort, the International Premium Cigar & Pipe Retailers Association has been urging members and supporters to sign a petition against FDA regulation of cigars. The petition said regulation would "devastate my local shop, along with thousands of other premium cigar stores

According to the petition, if FDA regulations are expanded to cigars, it could:

The petition supports proposed legislation that would exempt "large and premium" cigars from FDA regulation. The Traditional Cigar Manufacturing & Small Business Jobs Preservation Act of 2011 (HR 1639), sponsored by U.S. Representative Bill Posey (D-Fla.), was introduced "to amend the Federal FDA Tobacco Control Act; to clarify the FDA's jurisdiction over certain tobacco products; and to protect jobs and small businesses involved in the sale, manufacturing and distribution of traditional and premium cigars.

Click here to view the text of the bill.

A related bill (S 1461) has also been introduced in the Senate by Sen. Bill Nelson (D-Fla.). Click here to view the text of the bill.

Click here to view the text of the petition.

FDA spokesperson Stephanie Yao said that it's a bit early to be talking about any kind of cigar ban, since the FDA still hasn't determined how and whether to regulate the industry. "We would have to start regulating them before we would even consider a ban," she told Fox News.