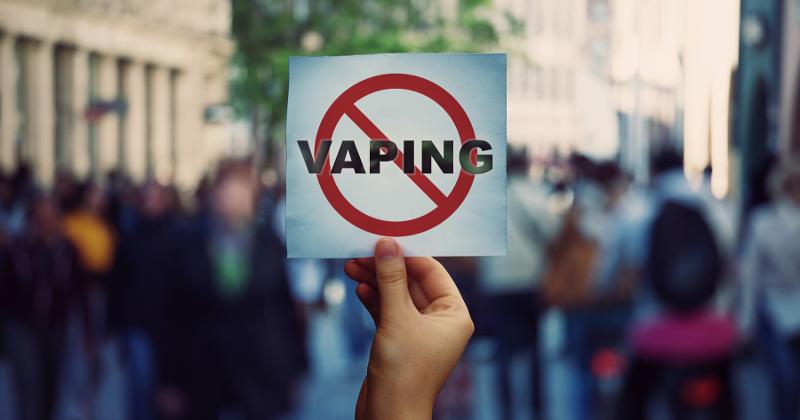 The first study, published in June 2020 in Science Direct-Addictive Behavior Reports, considered San Francisco’s total flavored tobacco ban, finding that after the ban was in force for nearly a year, flavored tobacco product use was reduced, but cigarette smoking among 18- to 24-year-olds increased by more than 35%. The study also found that most consumers of flavored tobacco find other sources for these products.

That study concluded that San Francisco’s ban on flavored tobacco product sales was associated with increased smoking among underage high school students relative to other school districts. While the policy applied to all tobacco products, its outcome was likely greater for youths who vaped than those who smoked due to higher rates of flavored tobacco use among those who vaped. This raises concerns that reducing access to flavored electronic nicotine delivery systems may motivate youths who would otherwise vape to substitute smoking.

According to the study, the smoking rate for San Francisco high school students under the age of 18 increased from 4.7% in 2017 before the adoption of the city’s ordinance to 6.2% in 2019. The year after the ordinance was enacted, a 32% increase was found in underage youth cigarette smoking rates in the San Francisco school district. At the same time, underage smoking rates in the other metropolitan school districts in cities without a flavored tobacco product sales ban continued to decline and averaged 2.8% as of 2019.

The above three studies clearly demonstrate that the unintended but very real consequence of broad flavor bans is to switch youth and young adults who use vapor products, generally considered to be lower on the continuum of risk, to cigarettes, considered to present more risk.

Similarly, a paper published in August 2021 in the American Journal of Public Health by 15 former presidents of the Society for Research on Nicotine and Tobacco, the world’s leading professional organization dedicated to the subject, advised policymakers considering restrictions on vaping products that “the potential lifesaving benefits of e-cigarettes for adult smokers deserve attention equal to the risks to youths.” The paper noted findings of several studies that “policies intended to restrict e- cigarette use may have unintentionally increased cigarette smoking,” including a Minnesota e-cigarette tax that led to increased adult cigarette smoking.

Each new study clarifies that, for public health purposes, policymakers should not rely on a simple, one-sided view that all tobacco products are identical and should be regulated identically, or that all flavored tobacco products should be eliminated to protect young people.