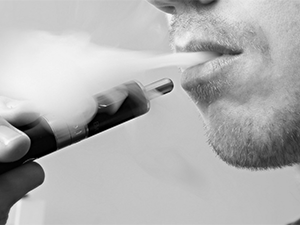 Conducted by scientists from the University of Patras-Greece, Onassis Cardiac Surgery Centre-Greece and the French National Research Institute for Health and Medical Research, the study looked at data from the 2014 Eurobarometer survey on smoking and the use of electronic cigarettes. This survey was conducted by the European Commission to assess patterns of smoking and electronic-cigarette use in all 28 member states of the European Union.

“These are probably the highest rates of smoking cessation and reduction ever observed in such a large population study,” Konstantinos Farsalinos, the principal investigator of the study, said in a press release. “The European Union data show that the use of electronic cigarettes seems to have a positive impact on public health for two main reasons: High smoking cessation and reduction rates are observed, and electronic-cigarette use is largely confined to smokers (current and former), with minimal use by nonsmokers.”

Jacques Le Houezec, a neuroscientist and researcher at the French National Research Institute for Health and Medical Research, said the study observed some e-cig experimentation among nonsmokers but minimal regular use.

“Worldwide, vaping has undoubtedly helped over 10 million smokers quit,” Conley said in a press release. “In the same year this study was conducted, a similar population-level survey was performed in the United States. That 2014 study found that 2.4 million adults had quit smoking with vapor products. Here in 2016, that number has almost certainly risen past 3.5 or 4 million quitters in the U.S. alone.

"It's time for a reality check for tobacco control,” he continued. “There is a reason why distinguished and respected groups like the Royal College of Physicians and Public Health England are coming out in support of vapor products. These technology products are helping smokers quit, and it is entirely unethical to continue to deceive smokers about their potential risks and benefits.”