RICHMOND, Va. -- After 16 years, the Price v. Philip Morris Inc. “light” case has officially come to a close. On June 20, 2016, the U.S. Supreme Court declined the plaintiffs’ petition to review a 2015 decision by the Illinois Supreme Court not to reinstate the original multibillion-dollar judgment. 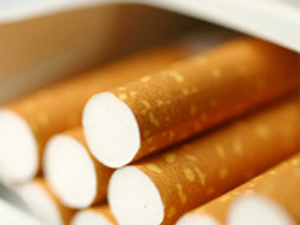 “Today’s action by the U.S. Supreme Court effectively ends this case once and for all,” said Murray Garnick, Altria Client Services' senior vice president and associate general counsel, speaking on behalf of Philip Morris. “Almost 10 years ago this case was dismissed against Philip Morris USA and, after countless hearings, motions and legal maneuvers by the plaintiffs to reinstate judgment, the outcome remains the same.”

The class-action lawsuit, brought on behalf of 1.4 million Illinois smokers in 2000, accused the Altria Group Inc. unit of deceiving smokers into believing its “light” or “low-tar” cigarettes were less harmful than regular cigarettes. The plaintiffs sued to recoup money spent on light cigarettes, not over smoking-related health problems.

A Madison County Circuit Court judge originally ruled in favor of the plaintiffs, imposing a $10.1 billion judgment against Philip Morris in 2003. However, the Illinois Supreme Court overturned the award and dismissed the case in 2005.

Since then, the plaintiffs have pursued multiple legal strategies in support of the judgment, especially after the Federal Trade Commission (FTC) changed how cigarette makers could describe tar and nicotine levels in 2008.

The award was again thrown out by the Illinois Supreme Court in 2015, voting 4-2 against the award’s reinstatement in 2015 on the basis that the lower-level state courts lacked authority under Illinois law to reimpose the verdict.

The U.S. Supreme Court was the last option available to the plaintiffs.