PHILADELPHIA -- It’s never an easy job to monitor and fight tobacco regulations, but 2015 has been a particularly troublesome year. From increasingly restrictive e-vapor bills to a slew of states and local governments raising the minimum purchase age to the proposed deeming regulations announced by the U.S. Food & Drug Administration (FDA), it has not been an easy year for tobacco retailers. 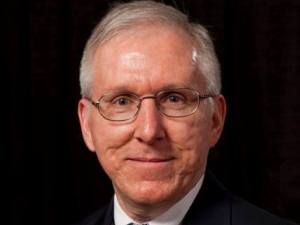 “Legislatively, this has been an active year on the local and state levels,” NATO executive director Thomas Briant said, speaking at CSP’s Total Nicotine Conference in Philadelphia. “My goal is to educate you about what is happening with FDA regulations and tobacco legislation on the local and state levels so that you understand the regulatory and legislative landscape that your stores operate in on a daily basis.”

Briant educated attendees on multiple issues facing the industry; here are three of the most pressing regulatory trends:

1. The New-Product Grandfather Date. Briant said the FDA’s final deeming regulations have not yet been finalized, although the FDA is working to finalize the new rules as soon as possible. If they go through as written, newly deemed products (including cigars and e-vapor products) will be subject to the same pre-market tobacco product application (PMTA) or substantial equivalency (SE) requirement of previously deemed products, like cigarettes and smokeless. The problem is, in order to qualify for the less intensive SE pathway, e-vapor and cigars would have to establish there was a substantially equivalent product on the market before February 2007.

“For many cigars and e-cigarettes, there were no virtually similar products on the market as of the 2007 predicate date,” Briant said. “So, the deeming regulations would require hundreds or thousands of new products introduced to the market over the past 8 years to have a PMTA application filed for each product SKU.”

The Wall Street Journal recently estimated a single PMTA application could cost a manufacturer between $2 million and $10 million per SKU. Large manufacturers estimate it’s more likely between $300,000 and $400,000 per SKU.

“Even so, the cost is significant and many small- to medium-sized companies may not have the capital to fund PMTA applications and would need to remove their products from the marketplace,” Briant said.

2. Minimum Age Pre-Emption. Raising the minimum age has been another troubling trend of 2015, with Hawaii marking the first state to change the minimum purchase age for tobacco products to 21; however, there are some states where it is actually illegal for a city or municipality to adopt a higher purchase age than what’s been set by the state.

Healdsburg, Calif., and Santa Clara County, Calif., have adopted age 21 laws, despite the fact that California has a pre-emption law on the books that should have prevented such legislation. NATO sent legal analysis letters to both cities explaining they legally could not raise the legal age because of California’s pre-emption law. Both cities adopted the ordinances anyway.

“NATO is sending followup letters urging both local governments to immediately rescind the minimum age ordinances because of the pre-emption law,” said Briant.

3. Increasing Cigarette Taxes. Only two states (Massachusetts and Minnesota) in 2013 and just one state (Vermont) in 2014 enacted higher cigarette taxes. In 2015, seven states (Connecticut, Kansas, Louisiana, Nevada, Ohio, Rhode Island and Vermont) have raised cigarette taxes so far. Four of those states have Republican governors, who tend to be more anti-tax.

“Many states are still grappling with budget deficits,” Briant said. “These deficits are not as large as the recessionary years, but big enough where states are looking for extra revenue to maintain spending. [Also] this is not an election year and lawmakers are more apt to pass this kind of a tax increase in a nonelection year, especially when a tax increase only impacts a minority of voters.”