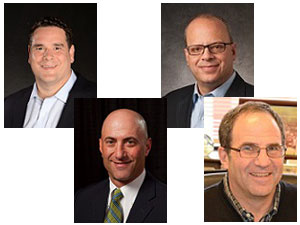 When pundits assess the success and failures of electronic cigarettes and the broader world of vaping, the debate starts with the now famous statement from respected Wells Fargo tobacco analyst Bonnie Herzog in a research note in August 2012.

"While difficult to predict, we think it is possible that consumption of e-cigarettes could outpace traditional cigarettes over the next decade, especially given the rapid pace of innovation and consumers' demand for reduced-harm products," Herzog said.

Headline-grabbing, the statement captured the euphoria around the first major tobacco innovation in the modern era.

Today, the story is more uncertain. With a spate of local and state restrictions, federal uncertainty, and excessive me-too knockoffs, vaping is now spoken not in the language of absolutes, but of potential: Can it? Will it?

A panel moderated by Herzog and featuring executives from four major tobacco suppliers opened up the 2015 NATO Show in Las Vegas with a view on what is estimated as a $2.5-billion to $3-billion industry. The panelists were Joe Murillo, president and general manager at Nu Mark LLC (a division of Altria); Larry Wexler, president and CEO at North Atlantic Holding Co., the parent company of National Tobacco; Steve Sandman, president and COO at Republic Tobacco; and Vito Maurici, senior vice president at NJOY Electronic Cigarettes.

“Youth access is a problem,” Maurici said Wednesday at the NATO Show. “Kids should not smoke. Kids should not use these products.”    He looked to the audience of tobacco outlet and c-store operators and added, “This is everyone’s problem. [If it’s not solved] it will put this industry to its knees.”

As result, he said, “the consumer is still feeling his way around.”

Agreeing, Murillo said the industry is still in its toddler stage. “We’re on the flat end of the S curve.” He said that he expects that innovation and improved technology will help stabilize the vaping category.

“We’ve been big supporters of FDA regulation,” Murillo said. Federal oversight, he believes, will ensure greater safety and consumer trust. That said, he warned of potential federal overreach that would stunt innovation and expansion.

Sandman took a different view and downplayed the importance of the FDA in light of the plethora of legislation across local and state governments. “The category has been somewhat distorted,” he said. “This is not going to get any better regardless of the FDA.”

At the end of the day, said Wexler, the consumer will find the right balance of price, taste and product handling.

Charge of the Vaping Brigade