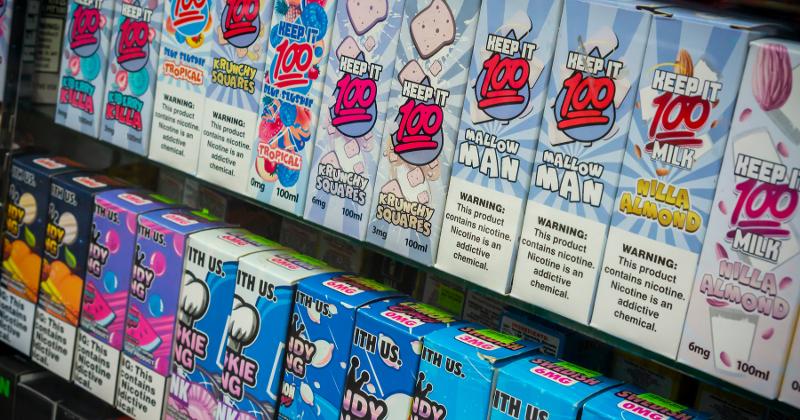 WASHINGTON — Washington, D.C., City Council members voted in favor of an act that would ban the sale of flavored tobacco products.

The bill as written would also prohibit the sale and distribution of flavored tobacco products and electronic smoking devices within a quarter mile of a middle or high school. While the city council voted on June 15 to preliminarily approve the bill, it would still need to pass a final reading, mayoral approval and congressional review before becoming law, according to the city’s Legislative Information Management System.

Other municipalities around the country, from Massachusetts to California, have passed or considered similar bans. In April, the U.S. Food and Drug Administration (FDA) said it intends to make prohibiting menthol as a characterizing flavor in cigarettes one of its highest priorities. The agency is also considering whether to allow flavored vapor products back into the legal market through its review of premarket tobacco product applications (PMTAs).

The one exception to Washington’s proposed flavored tobacco sales ban, which includes menthol, is flavored hookah, which would be permitted for any 21-and-up hookah bar doing business in the city as of Sept. 30, 2021.

Corporations that violate the proposed rules could face fines of up to $10,000 and risk losing their tobacco license.

There would be a financial impact to the city if the bill becomes law.

The bill’s sales restrictions and reduction of electronic smoking products due to the school proximity ban would cause the city’s cigarette tax revenue to decline 13.5%, according to a memorandum from Fitzroy Lee, Washington’s interim CFO. The bill would ultimately cost $13.9 million from fiscal 2022 to 2025 based on the estimated reduction in revenue and other costs for the Department of Consumer and Regulatory Affairs to implement it.

Councilmember Phil Mendelson at the June 15 meeting said he opposed the bill because it will create collateral problems and there are better approaches that can be used to improve public health.

“We have been remarkably successful as a country over the last 50 years in reducing significantly consumption of tobacco and significantly changed public health as a result," he said. "And we’ve done that not through prohibitions. What we’ve seen, generally, is that where there are prohibitions there often are problems that come with it,” Mendelson said at the meeting, which was posted on the city's website.

Mendelson said prohibiting flavored e-cigarettes could convert some vapers to cigarette smokers, which is more harmful. Also, because of where Washington sits, people could easily go to Maryland and Virginia for their flavored tobacco, he said.

When councilwoman Mary Cheh first proposed flavored e-cigarettes be banned in a Jan. 11 letter to the Council of the District of Columbia, she said the legislation would address the “growing epidemic of e-cigarette use among youth.”

“Industry targets young people with youth-appealing flavors like cotton candy and gummy bear, and usage statistics demonstrate that this strategy is effective,” Cheh said. “Banning flavored e-cigarettes will help prevent youth from initiating use of these products, and it will help lead existing users to quit.”