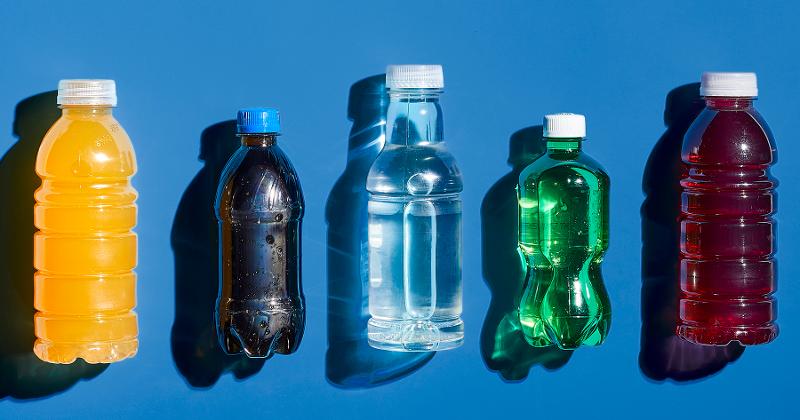 CHICAGO — Some packaged beverage and alcohol category managers may remember 2020 as the year they couldn’t keep their shelves full due to can shortages. Or the year they made room for larger pack sizes as customers scrambled to stock up on water (and beer) at the onset of the coronavirus pandemic.

For Michael “MJ” Simons, beverage category manager at MAPCO Express, Franklin, Tenn., it was the year of putting convenience back in convenience stores.

“We were certainly honored that people trusted us enough to come and shop with us where they didn’t feel comfortable shopping elsewhere,” Simons says. “And we were more than happy to be able to service as many of those people as we could.”

While packaged beverages, particularly alcohol, did well amid the pandemic, some segments struggled. This year’s Category Manager of the Year winners and nominees in packaged beverages and alcohol spoke to CSP Magazine about how they managed their categories in an unprecedented year.

Some nonalcohol segments of packaged beverages are bucking trends as the COVID-19 pandemic continues to affect c-store traffic. The trick going forward will be figuring out what is true change in consumer behavior and what is only short-term effects of the pandemic, says Chris Borota, packaged beverage category manager for Circle K’s Heartland division.

Borota says packaged carbonated soft drinks (CSDs) have seen a spike in his stores, after years of decline, likely due to dispensed beverages and foodservice stations being temporarily closed because of the pandemic. Juice is another segment that he normally sees declines in but increased in 2020.

“So how do you focus on that moving forward? Is that just a blip on the radar?” Borota says.

Normally, Borota resets the cold-vault coolers once a year. This year, he’s doing quarterly reviews to see if there is any significant change in consumer’s behavior and making sure to leverage the big companies’ research to help make decisions.

“If, all of the sudden, juices fall off the table and I have two shelves of juice, … then maybe I have to pivot back to something else and cut back a shelf,” Borota says. “[I’ll be] analyzing that a little bit more this year.”

Overall in c-stores, CSD dollar sales were up 0.5%, but unit sales were down 4.7% in 2020, according to IRI, Chicago. And c-store sales of refrigerated juice were up 5.3% in dollars and 4.5% in units, a significant gain, despite being a smaller subcategory.

Looking at other categories, energy drinks saw gains in both dollars and units, up 2.5% and 1.4%, respectively, although the growth was smaller than in year’s past. This was a result of the pandemic, says Gary Hemphill, managing director and COO at Beverage Marketing Corp. (BMC), New York.

“C-store traffic was down, and roughly half of energy drink sales go through this channel,” Hemphill says. “We anticipate improved performance in 2021 as the country begins to move beyond the pandemic. Energy drinks are a healthy category with a lot of room for growth in the years ahead.”

Dawn Barnett, packaged beverage category manager for Circle K’s Midwest division, says energy has done well in her stores despite the pandemic because customers are loyal to the category. Promotions with multiple purchase options and innovations also help, she says. Barnett saw growth with Red Bull. Bottled water, however, was a struggle.

Truenorth typically operates under a “clean floor, clean store” mentality when it comes to beverage displays, but he made exceptions when it came to take-home water packs to meet consumers’ needs, which grew amid the pandemic.

“Energy drinks are a healthy category with a lot of room for growth in the years ahead.”

With the uptick in take-home water packs, though, Herbert says stores saw a decrease in single-serve bottles. There were some bright spots, though, including premium water. Core Hydration, from Plano, Texas-based Keurig Dr Pepper, for example, performed well for Truenorth. IRI’s national numbers show this too; Core was up more than 5% in dollar sales for 2020.

Herbert, like everyone else, also struggled with out of stocks.

“Being able to pivot to meet the needs was certainly a unique challenge,” he says. “Inventory has been an issue from the outset and continues through today. I don’t think a single subcategory has gone untouched by one out-of-stock or another.”

Barnett says her stores started offering bulk take-home packages of water and CSDs closer to checkouts as more consumers came in the store for those goods.

“With traffic down, customers are making less trips to our stores, [and] we see bigger baskets with these purchases though,” she says.

While mostly managing the category remotely over the past year, Borota tries to visit stores at least once a week to keep communication strong and to let his team know that he supports them.

“They're out there on the front lines, … so I can get out there and visit the stores as well as obviously remaining safe and due diligence, wearing a mask and stay in that way,” he says.

When the COVID-19 pandemic forced bars and restaurants to close, Simons, who manages beverages in more than 340 MAPCO Express stores, says he saw “one of the largest jumps we’ve ever seen in year-over-year sales.”

And with the increased demand, c-stores had to adapt. Customers were coming to c-stores to trade up from six-packs of beer to 12- or 18-packs, Simons says.

“People try to avoid the big box, and the mass-merchants and the department stores—and they came back to us,” Simons says.

He’s now trying to gauge if the larger pack size trend will stick and judge how much of an alteration to his sets he needs to make to accommodate more multipacks.

Aside from larger pack sizes, people were also gravitating toward above-premium beers, like Michelob Ultra, and better-for-you beers.

“Maybe [COVID-19] is what pushed everybody over the edge to go with that healthier option, even though it is a little more expensive,” Simons says, adding he’s been hearing about a healthier-for-you push in beer for years.

Hard seltzers were a subcategory that all Category Manager of the Year nominees in alcohol were excited about.

“People try to avoid the big box, and the mass-merchants and the department stores—and they came back to us.”

During 2020, flavored malt beverages, which include hard seltzers, grew more than 63% in dollar sales and were up nearly 60% in case sales in c-stores, according to IRI. White Claw and Truly dominate for most retailers. Simon says Bud Light and Corona have also fared well at MAPCO.

Chuck Sanders, category manager for packaged beverages for Frisco, Texas-based Cal’s Convenience’s more than 200 stores, says with only about two shelves dedicated to hard seltzers in his stores, he has to be selective about what to stock. His stores average seven cooler doors, and many stores are limited on space for additional storage.

“Every item really has to earn its place on the shelf and carry its weight,” he says.

While hard seltzers are an emerging category for Sanders, he says their volume is much lower than premium beer or some of the above premiums drinks. Imports, such as Corona, Dos Equis and Modelo, do well at Cal’s stores.

Sean Hickox, former category manager for beer and wine in Circle K’s South Atlantic division, promotes hard-seltzer innovations at the front of the store. The display billboard with product underneath it is one of the first things customers see when the walk in, he says. And even though most don’t want warm drinks, it lets them know what Circle K offers in the category.

“I try to use that as a reminder that, ‘We’re in the hard-seltzer business; pick yours up here,’ ” Hickox says.

For Sanders, one of the best ways to promote beer has been through Cal’s My Rewards loyalty program, which launched last summer. Some of the highest-volume items have a reward offer, such as $4 off a 12-pack of beer.

“It's been an incentive for them to sign up for the rewards program because it's such a significant savings,” Sanders says.

Whether these alcohol trends change next year or not, retailers have learned to adapt more than anything in 2020.

“With all the inventory, production and uncertainty going on, we had markets where we had to change directions multiple times,” Simons says, adding his goal for the next year is to “continue to be flexible and able to change and hopefully get a little better.”