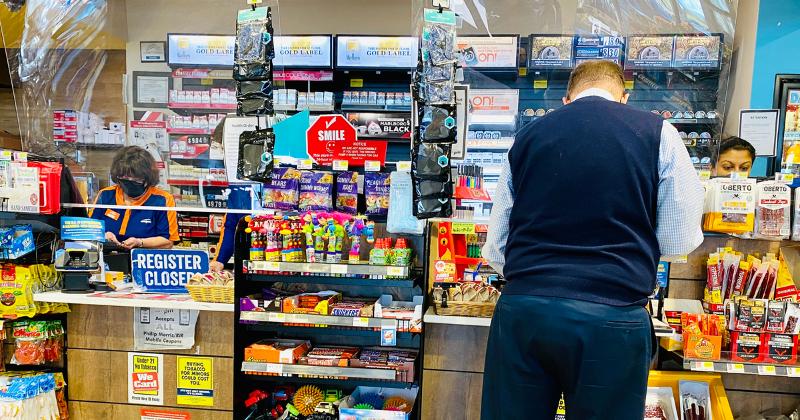 SILVER SPRING, Md. — As a deadline to determine the fate of menthol cigarettes approaches, convenience-store retailers are weighing how potential menthol regulation, and more, could affect business.

The U.S. Food and Drug Administration (FDA) is required to respond by April 29 to a citizens petition asking to ban menthol cigarettes in the United States.

Chris Dillard, tobacco category manager at Greenville, S.C.-based c-store chain Spinx, doesn’t think a menthol ban would cause people to quit smoking. “Will they switch to something else?,” Dillard said. “Would there be a black market where there are unregulated menthol products that pop up? Absolutely there will be. I don't think you can legislate people's behavior.”

One of the petition’s co-signers, the African American Tobacco Control Leadership Council, in 2020 filed a lawsuit alleging, among other things, the FDA unreasonably delayed issuing a final response to the citizen petition. Following this, a deadline of April 29 was eventually agreed upon as the day the FDA needed to respond by.

“If it did happen, obviously it would be a huge hit [to sales],” Dillard said of banning menthol. “I guess you could just look at California and look at Massachusetts as examples.”

Massachusetts banned the sale of all flavored tobacco products effective June 2020. The New England Store and Energy Marketers Association (NECSEMA) said excise tax losses from menthol cigarettes amounted to more than $10 million per month during the first six months of the Massachusetts ban on flavored tobacco sales, while also causing “distressing results” to c-stores’ sales. Calif. Gov. Gavin Newsom on Aug. 28 signed a bill into law that prohibited flavored tobacco sales in the state, but a referendum to overturn the law will be taken to voters in 2022, so the ban is currently on hold.

Those states are just two of several that have legislators contemplating some form of a flavored tobacco sales ban.

Jim Calvin, president of the New York Association of Convenience Stores (NYACS), said the potential of a menthol ban at the federal level adds to mounting retailer anxiety surround the tobacco category in New York. “We're already fighting state legislation that, if enacted, would ban the sale of menthol cigarettes and all other flavored tobacco, which would cripple many convenience stores," he said.

David Tooley, vice president of Sacramento, Calif.-based Tooley Oil Co. and owner of 13 Circle K-branded stores in Northern California and one in Reno, Nev., said in some ways he feels like a national proposal is better as it is tiring fighting all the cities and counties.

“Menthol bans [and overall flavor bans] have been devastating to our sales, especially considering in most cases you can drive 2 to 3 miles and they are not banned” in another county or city, Tooley said. “I am not in favor of any additional government or FDA changes, but I also hate the uneven playing field across our state.”

In a separate matter also affecting tobacco, the Biden administration is said to be considering requiring cigarette nicotine levels to be lowered to non-addictive levels.

Dillard of Spinx said he doesn’t think any legislation regarding lowering nicotine levels will come to fruition. There would be too much pushback and legal challenges, he said.

“If it were to happen, I think you'd see just a lot of switching within categories or people potentially smoke more,” Dillard said. “It would probably drive volume as opposed to really having an impact as far as people quitting smoking.”

Kraig Knudsen, category manager for Circle K's Heartland division based in Lisle, Ill., agrees that lowering nicotine levels could lead smokers to consume more. “As smokers increased their frequency of usage to balance nicotine levels, they would be exposing themselves to higher levels of tar and other harmful by products of smoking,” he said. “Keep in mind, nicotine is not the harmful piece of smoking.”

Nicotine is a highly addictive chemical compound present in the tobacco plant, but it’s not what makes tobacco use so deadly, the FDA said on its website, noting it’s the mix of chemicals in tobacco that causes serious disease and death in tobacco users.

“I personally am more of a fan of letting adult consumers decide what they want rather than limit them via extreme regulation,” Knudsen said. “Where the intent of both of these potential regulations is to, in theory, help consumers, these types of regulation would more likely create additional problems than what they would solve."