NEW YORK -- The beer category eked out just a 0.7% increase in case sales in convenience stores in 2014, according to IRI data, and a new survey shows growing evidence that consumers--from baby boomers to millennials--are continuing to move from beer to wine as part of a growing interest in better health. 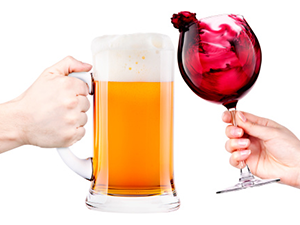 According to the Nielsen survey, 43% of consumer participants said they are drinking more wine because it's “better for my health,” and 38% noted wine is “more suitable as I age,” analyst Nik Modi of RBC Capital Markets noted in a recent research note.

"We point out to the extent wine growth is related to health and wellness, it's coming at the expense of beer." Modi said.

Modi points to one other trend: wine as a complement for marijuana. "Many marijuana users in Colorado and Washington host wine and marijuana pairing events," he said.