PURCHASE, N.Y. -- PepsiCo Inc.’s board of directors has unanimously elected Ramon Laguarta to succeed Indra Nooyi as CEO of the company.

Nooyi will step down Oct. 3 after 24 years with the company, the past 12 as CEO. She will remain chairman until early 2019 to ensure a smooth and seamless transition, the company said. Laguarta was also elected to the board, effective Oct. 3. 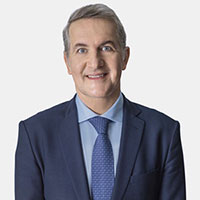 "Ramon Laguarta is exactly the right person to build on our success. He is a terrific executive with a long and proven track record of growing businesses,” Nooyi said. “He has a deep understanding of the changing preferences of consumers and other critical trends unfolding around the world, and he has demonstrated that he knows how to navigate them successfully.”

Since September 2017, Laguarta has been president of PepsiCo, overseeing global operations, corporate strategy, public policy and government affairs. Previously, he was CEO of PepsiCo’s Sub-Saharan Africa business and president of PepsiCo’s Eastern Europe region. Laguarta will become the sixth CEO in PepsiCo's 53-year history, all appointed from within the organization.

Prior to PepsiCo, Laguarta worked for Chupa Chups S.A., a confectionery company based in Spain, where he held several international roles in Europe and the United States.

"I'm incredibly humbled and privileged to be appointed the next CEO of PepsiCo, and I want to thank the board of directors for the confidence they have placed in me with their decision," said Laguarta. "I also want to thank Indra for her overwhelming support. She has transformed the company with her bold vision and outstanding leadership, and I feel fortunate to have her as a mentor and a friend." 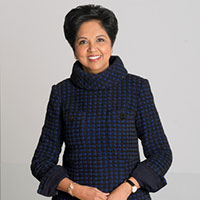 Under Nooyi's leadership, PepsiCo has “has delivered strong and consistent financial performance, managing with an eye toward not only the short run but the long run as well,” said Ian Cook, presiding director of PepsiCo’s board. “As CEO, she grew revenue more than 80%, outperforming our peers and adding a new billion-dollar brand almost every other year. And shareholders have benefited: $1,000 invested in PepsiCo in 2006 is worth more than two and a half times that amount today.

"Thanks to her leadership, PepsiCo is well-positioned for ongoing success as Ramon assumes this new role,” Cook continued. “He is a seasoned leader with deep experience in international markets, and the board is confident that he is the right person to usher in this next chapter of growth for PepsiCo."