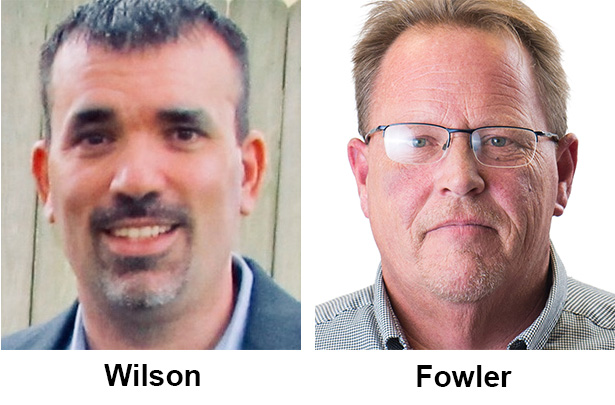 CHAPEL HILL, N.C. -- Holmes Oil Co. Inc. has announced two management changes in an effort to take its convenience-store foodservice to the next level.

Edward Holmes, president of Holmes Oil and its Cruizers Convenience Marketplace, has named Mike Wilson to the position of director of operations. He replaces Mike Maiorelle, who has left the company. Holmes also promoted Mark Fowler to the position of senior district manager.

Wilson joins Cruizers from CEFCO Convenience Stores, Temple, Texas, where for four years he was director of operations for a region that included 73 convenience stores and 10 quick-service restaurants. Before that, he was with The Pantry Inc. in Charleston, S.C., as a divisional director for five years.

Wilson has extensive experience with stores that have full on-premise food preparation and hot meal service, which is Cruizers’ fastest-growing sector, the company said.

“We are ecstatic that we have been able to recruit a man with Mike’s proven leadership in our business,” Holmes said. “In particular, we value his experience in conversion from traditional convenience store to locations that present high-quality fast, hot and hearty meals.”

Fowler, with more than 20 years of experience in c-store management, joined Cruizers about a year ago as a district manager. Previously, he was restaurant market manager for Circle K and The Pantry in Florida. He was also with Island Food Stores and Motiva Enterprises.

“He has set new records for company growth in his division during his short time here,” Wilson said of Fowler. “His role as senior officer in district management will be key to my plans for the company’s transformation as we add on-site food preparation.”

Based in Chapel Hill, N.C., Cruizers operates 25 Cruizers Convenience Marketplace locations in central North Carolina. The stores are known for fountain drinks made with 100% filtered water and served at 34 degrees over “chewy ice.” They also offer beanZcafe coffee and iced tea and subZero frozen drinks, along with freshly baked cookies, muffins, biscuits and pastries. The roller grill features all-beef hot dogs, sausage dogs and tornados. Holmes Oil is a distributor of ExxonMobil and Valero fuels.