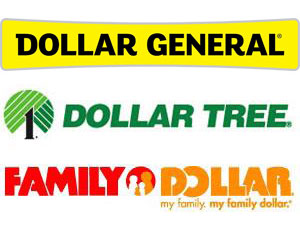 Dollar General is working with an adviser to evaluate its options and knows that banks are willing to finance a counterbid, one of the people said, asking not to be identified because the information is private.

Family Dollar last week agreed to be acquired by Dollar Tree after investors Carl Icahn and Nelson Peltz had pushed for a sale.

While Dollar General had earlier passed on the chance to bid for Family Dollar, the company is re-evaluating its options out of concern that the smaller retailer may soon be out of its reach for good, two people told the news agency. There is no guarantee that it will make an offer, the people said, with one putting the chance of a bid at 50%.

While Dollar Tree caters to middle-class consumers and sells most items for $1, the other chains both focus on low-income shoppers and offer more food at various price points.

Both Dollar General and Family Dollar have added tobacco, alcohol and more grocery in recent years.

With more similarities to Family Dollar, Dollar General may be able to extract even greater benefits from a takeover than Dollar Tree through cost cuts, said Poonam Goyal, a senior retail analyst for Bloomberg Intelligence.

Sales at the store chains, which specialize in cheap household goods, have slowed since the U.S. economy began improving and consumers became less focused on finding bargains. The chains are still outpacing bigger discount retailers such as Wal-Mart and Target, said the report.

A consolidated dollar channel could also pose more of a threat to the convenience store channel, especially given the chains' increasing focus on traditional c-store products.

If combined, Dollar General and Family Dollar would have about $28 billion in annual revenue, according to data compiled by Bloomberg.

Earlier this year, activist investor Icahn took a 9% stake in Family Dollar and pushed the company to look for a buyer. He then cut his stake, profiting from the run up in shares after the sale to Dollar Tree was announced, said Bloomberg.