LOUISVILLE, Ky. -- In a realignment of its leadership structure,Thorntons Inc. has announced that chief operating officer Tony Harris will take over as president of the convenience store chain in October. 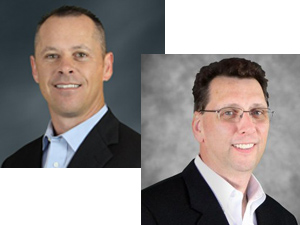 As reported in a 21st Century Smoke/CSP Daily News Flash, Matt Thornton, who holds the current chief executive officer and president titles, will continue as the CEO. Mike Woerner, chief people officer will take over as COO.

Harris, 43, is a 20-year Thorntons veteran. The company promoted him to COO in Nov. 2011. He previously served as vice president of operations. Before that, he held various leadership roles in the information technology area, including director of IT projects and vice president of IT and facility services.

"We are excited to appoint Tony as our new president. His leadership and experience are perfectly aligned with our future strategy and growth plans," said Matt Thornton.

With more than $2.3 billion in revenue, Thorntons is the largest privately held corporation in Kentucky. Based in Louisville, it operates 174 gas station and convenience stores, car washes and travel plazas in six states: Kentucky, Illinois, Indiana, Ohio, Tennessee and Florida. Thorntons distributes its petroleum products through its wholly owned Thornton Transportation Co. and operates a river bulk storage terminal in Louisville.