PHILADELPHIA – Philadelphia Mayor Michael Nutter on Thursday unveiled the first renderings of the new Wawa convenience store at Broad and Walnut streets in Center City, Philly’s central business district. The new location will have “a look that is unlike any store that we have,” Wawa Inc. president and CEO Chris Gheysens told Philadelphia magazine. 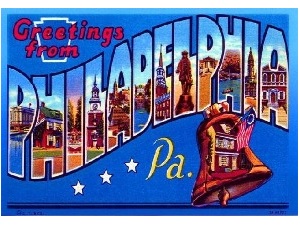 The c-store will be the chain’s first to offer indoor seating. (Some locations in Florida and the suburbs have outdoor seating.) A Wawa at 38th and Spruce used to have indoor seating so it could have a liquor license. It sold beer until 2001; the seating was later removed.

For more on in-store seating and other amenities that encourage customers to spend more time in the store, see the May issue of CSP magazine.

After closing several locations in Center City over the last decade, the new store is a drastic shift for the convenience-store chain, the report said.

"We have reinvested in Center City in a big way," Gheysens told the publication. "We have re-evaluated our position."

Wawa said it hopes to have the location opened by Thanksgiving.

Click here to view the full Philadelphia magazine report, including renderings of the new store.