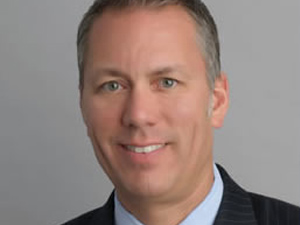 "I'm writing to inform you of a change in our senior executive team," president and CEO Joe DePinto wrote. "Effective [October 13], Darren Rebelez, EVP and COO, is leaving 7-Eleven to pursue other opportunities."

He continued, "I've known and worked with Darren for many years and appreciate all he has done for our brand. He has been instrumental in leading many significant improvements in our business.

"Please join me in sincerely thanking him for his many contributions to the success of the 7-Eleven business during his tenure here, and wishing Darren and his family all the best in the future.

After joining 7-Eleven in 2007 as a senior vice president, Rebelez was in charge of operations for 7-Eleven's U.S. and Canadian stores that then numbered 6,030. The company promoted him to COO in early 2009.

The chain was becoming fully franchised in the United States, and his responsibilities included the franchising of 7-Eleven's more than 1,000 remaining company-operated stores in the United States as well as managing and enhancing the company's relationships with its franchisees.

7-Eleven did not respond to a CSP Daily News request for a comment on Rebelez's departure, and did not confirm a report that senior vice president of store operations Brad Jenkins is the new COO.

Jenkins' promotion would be "welcome news," according to a franchisee in the Midwest who requested anonymity. "He has worked with 7-Eleven for several years and knows the franchisees' issues," he told CSP Daily News.

Rebelez also directed 7-Eleven's facilities, construction and maintenance programs. In addition, he was responsible for information technology, the company's gasoline business at more than 2,500 stores, asset protection and its business transformation projects.

Before joining 7-Eleven, Rebelez was with Exxon Mobil Corp., where he supervised franchising for ExxonMobil's On the Run convenience store operation. Additionally, he led that company's U.S. distributor fuels pricing program and U.S. category management.

Outside of his work at 7-Eleven, Rebelez serves on the board of directors for Torchmark Corp.

Jenkins joined 7-Eleven in 2004 as a market manager and then director of retailer initiatives. In 2007, he became division vice president for Florida operations, among other positions.

He began his convenience store career at Colonial Stores Inc., Atlanta, as a store manager and merchandiser. In the 1980s, he went to work for Fast Fare Inc./Crown Convenience Stores, Henderson, N.C., as a district manager and later as regional director of operations. He then serves as president of Time Saver Stores, a division of Kroger located in New Orleans. He then became president and COO of Swifty Serve Corp., Durham, N.C. From 1995 to 2002, Jenkins was responsible for expanding this organization to more than 500 stores in Florida, Georgia, Alabama, Mississippi and Louisiana.