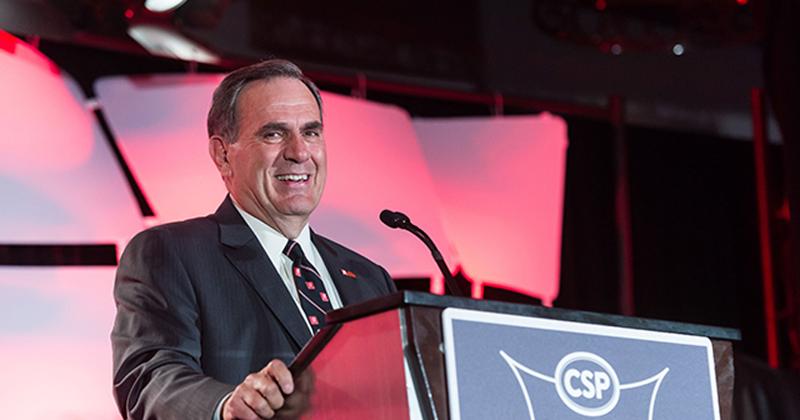 FINDLAY, Ohio — Marathon Petroleum Corp. said that Tony Kenney, president of MPC subsidiary Speedway LLC, will retire later this year after 43 years with the company. He will become executive vice president supporting the Speedway transition and other strategic projects until his retirement. Timothy Griffith, currently MPC's senior vice president and CFO, has been named president of Speedway LLC. Griffith will begin his new role July 1.

Kenney began his career with the company in 1976. In 1990, he transitioned to Emro Marketing Co., the predecessor of Speedway LLC, and has led the Speedway business since 2005. Under Kenney's leadership, Speedway has expanded from a Midwest-only brand into one of the nation's largest fuel and convenience-store chains.

“Tony's expert leadership of Speedway over the past 14 years has grown our retail business into a nationwide network of nearly 4,000 company-owned and -operated stores,” said MPC Chairman and CEO Gary Heminger. “We see tremendous growth potential for Speedway moving forward, thanks to Tony's leadership. His retirement is well-earned, and we wish him and his family the best.”

Griffith joined MPC as vice president of finance and investor relations and treasurer in 2011. He assumed the role of senior vice president and CFO in 2015.

“The company will benefit from Tim's leadership at Speedway as we continue to explore new markets and pursue new customers in a competitive and evolving sector,” Heminger said.

Findlay, Ohio-based Marathon Petroleum operates 16 refineries and a marketing system that includes about 7,800 branded U.S. locations, including about 5,600 Marathon retail outlets. Its Speedway subsidiary owns and operates about 4,000 c-stores nationwide.

3 Ways to Improve the Customer Experience at the Dispenser