One of the show-stopping numbers from the musical “Cabaret” includes the famous refrain, “Money makes the world go ’round.” 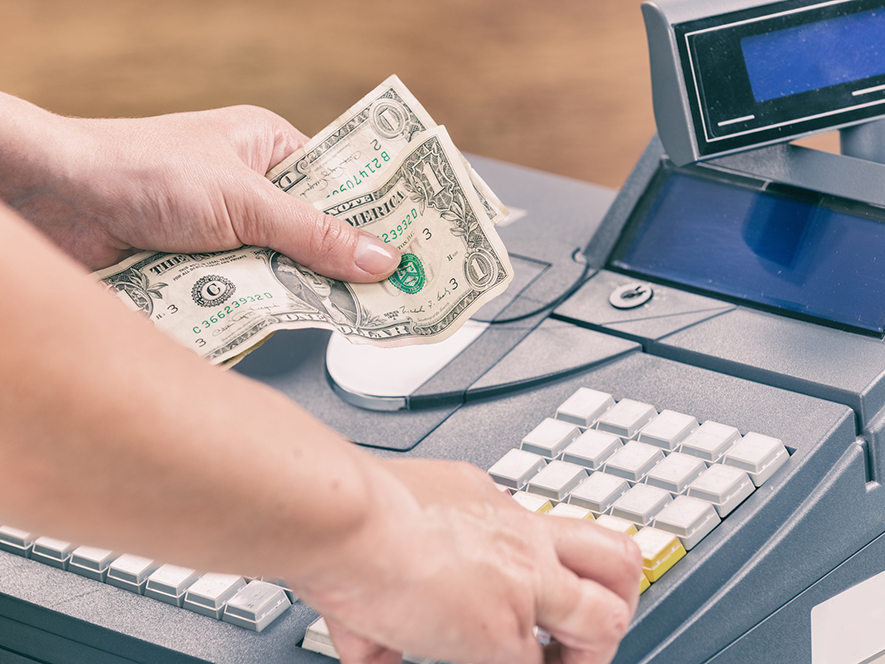 But money also makes the world of convenience retailing complicated. And problems such as cash miscounts, sticky-fingered employees and lack of data around dollars can stop the show for eager-to-perform operators who have to devote valuable time and resources to solving these snags.

To help shine a spotlight on the currency concerns c-store retailers face, CSP and Technomic conducted their seventh-annual cash-management report, commissioned by FireKing Security Group (complete results below). Finalized in March, the study surveyed 175 convenience operators who make or influence choices related to cash flow, banking and cash management in their stores. Thirty-seven percent of respondents operate one store, while 63% operate two or more locations.

Fears That Fit the Bill

John Rhoads is not surprised by what’s on retailers’ minds. To him, it reflects bigger workforce and tech trends.

“The issue for convenience operators today is speed and transparency. They need data in real time and they need it in a way that is actionable,” says Rhoads, senior vice president of product and channel development for New Albany, Ind.-based Fire-King Security Group. “These top-ranked cash-management and -handling issues will continue to make the list until operators can better understand how to get data in a timely manner and be more efficient. And the pressure to increase efficiency is building as labor continues to get more costly.”

“This comes from outright theft by employees as well as inefficient cash-handling and paperwork errors,” says Ketchum. “The cost of combating these problems for chain stores is expensive compared to a single operator.”

Not that one-store players don’t have their problems. At Metro Petro in Minneapolis, the cash register drawer is counted six times throughout the day by the cashier on duty—a tedious process.

“The frequent counts ensure accountability, but there is lots of room for error and mistakes with a manual process like this,” says Clay Lambert, managing director of Metro Petro. “Inability to track cash flow between point-of-sale and the safe is also challenging, because we have to deal with paper receipts from each system and we don’t have technical integration between them. The reconciling is time-consuming if there are discrepancies.”

C-store owners, however, “get no value from an employee having to count a stack of dollars for the fifth time. They need to free up that employee from cash-management duties and get stuff done in the stockroom,” says Rhoads.

Despite dropping in importance on this year’s survey, robberies and burglaries remain an area in which respondents have increasing worries. Count Ketchum among the concerned.

“We limit cash in our drawers, have cameras trained on and use automated cash reports from the point of sale and back office, and enforce a nonconfrontation policy [whereby the store staff are trained to cooperate with the robber and not interfere in any way],” he says. “However, the criminal and drug element are desperate for cash at any amount.”

Larry Robinson, president of Armor Safe Technologies LLC, The Colony, Texas, says better cash-control processes and procedures need to be taught, documented and enforced throughout operations to improve upon these issues.

“You need to tell all cash-handling associates what you expect in terms of procedure and process and then inspect for adherence to these policies,” Robinson says.

The answer to a lot of currency-control challenges, experts say, is to be both smart and safe by trusting in smart-safe devices.

Catron says the user experience with smart safes, including online dashboards, have improved dramatically over the past few years to ensure that operators have real-time access to their device.

Rhoads agrees: “As an industry, we’ve gotten better with user interface, reports and overall quality of the equipment.”

David Singleton, owner of Single Stop, a chain of five convenience stores in Haywood County, N.C., implemented smart safes in his locations more than eight years ago, at $7,500 a pop, and hasn’t looked back.

“Prior to that, we suffered from a lot of the cash-handling and management concerns listed in the survey,” Singleton says. “They save up to a couple hours a day otherwise spent reconciling and  counting—labor time that adds up fast.”

Lambert believes every c-store should have at least one smart safe. His solo store uses three such devices.

“Unlike some employees, a smart safe shows up every day for work, counts accurately and reliably helps with reconciling human errors,” says Lambert.

Ketchum, on the other hand, isn’t among the converted. He says he’s explored smart safes as well as provisional credit through armored transport, but found these options cost-prohibitive.

“The smart-safe capital expenditure for our chain would be $2.5 million and a five-year payback period,” says Ketchum. “As these options come down in price and become more all-encompassing, we may look at more robust solutions.”

Smart safes aren’t the only cutting-edge answer to cash-handling concerns. Retailers today are embracing other technologies to stay ahead of the curve and better shield their assets and employees, including wirelessly connected cash-management systems and more sophisticated video surveillance equipment.

Echoing Rhoads, Robinson believes operators are increasingly turning to technological solutions because of a tight job market in the convenience sector.

“By improving your systems, you can not only recruit good talent but retain a better quality of associate because employees will realize they are working for a professional operation,” says Robinson.

One criterion convenience retailers demand from their devices is technology that harmonizes all in-store solutions.

“Operators want their POS system and inventory-management system and their smart safe all working together to enforce the rules,” says Rhoads. “They want equipment that can, for example, tell you in real time when there’s been a violation of your policy.”

More Than One Mousetrap

When it comes to keeping a shallow stash of cash in the till to deter theft, Ketchum is among the faithful.

“It sends out a message to the criminal community that we are not the best place to rob. This solution only involves training and compliance—no cost,” he says.

Robinson warns not to overvalue this practice.

“Simply reducing cash in the register reduces robbery risks and external threats but does very little to keep your employees honest,” he says. “The next steps are to tighten up your internal controls to prevent things like employee theft.”

Singleton and Ketchum are among those ready to take that next step. They plan to soon test POS integrated with transactional data to reduce cash shrinkage.

“We want our POS systems to remind cashiers, when they hit a certain drawer limit, to make a safe drop before they can continue ringing up customers,” says Singleton.

“When we prosecuted former employees for money theft, we submitted data from the safe to the prosecuting attorney as proof beyond a reasonable doubt,” he says. “So the safe is an imperative tool to us.”

Moral of the Money Story

The good news for c-stores concerned about cash vulnerabilities is that progress is evident. The bad news is that many of the usual-suspect money management and handling issues bedevil retailers year after year.

“Humans are often very reluctant to change the way they do things,” says Robinson, pointing out that fear of technology is often a major impediment in this space. “But you need to venture out and try different approaches.”

Singleton advises skeptics to give smart safes a try in at least one or two stores if they’d like to sleep better at night.

“Test it and see how much less time your manager spends on his or her reconciling,” he says. “For us, it has simplified things dramatically.”

Others don’t believe there are any quick or easy answers, let alone magic-bullet devices.

“It comes down to hiring the best employees training them and having effective cash-handling policies, oversight and compliance,” Ketchum says. “Keeping low cash and consistent monitoring in place also go a long way to reducing risk and exposure.”

Cash-Management Issues: What’s the Most Serious?

Completed in March 2017, the CSP-Technomic FireKing Security Group cash-management study garnered input from 175 professionals who run c-stores and make and influence decisions concerning cash flow/management/banking in their stores. Those polled in 2017 may differ from previous poll participants. Thirty-seven percent operate a single location; 26% run two to nine stores; 27% are in charge of 10 to 49 units; and 10% are responsible for 50 or more locations.