Convenience store retailers have a tough job: with goals set to increase traffic and sales, pricing is at the top of mind for most. Pricing is a strategic lever that can be pulled to cater to changes in demand and margin needs and what the market can hold. Demand-based pricing, sometimes referred to as smart pricing, is a good technique for retailers to maximize sales and traffic. 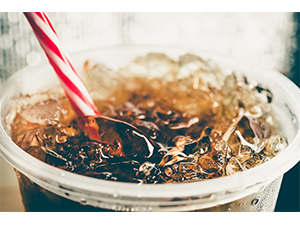 Dana Sump, senior category manager of packaged beverage at Casey’s General Stores, says, “You watch what McDonald’s does every year, and they have given Starbucks a run for their money on their coffee and what they are doing with their coffee program there. But when they are doing their dollar drink all summer…we tend not to play in those price war games.”

“The break-even point is so far out there that, if you are talking about a carbonated beverage brand category, for example, that is declining at about a 2% rate annually, and you’ve got to sell 50% more units just to kind of break even on dollars…it’s a slippery slope when you start chasing that rabbit down the hole.”

In other words, pricing based on consumer demand, rather than trying to offer the lowest price on the block, can help maximize margins as well as increase traffic.

Beyond demand-based pricing, maximizing margins and traffic can be done in a few ways—many c-store retailers have added comprehensive foodservice programs, for instance.

But not every c-store has an expansive foodservice program, and for those locations, offering hot pricing on fountain drinks is one lever they can pull. Sump says, “Certainly for us, foodservice is our driver – that’s what drives people into our stores.” But for other chains, with less developed foodservice programs, dispensed beverages are still king. Samaha says, “We would love to be known for something like pizza, but we are not there yet…We recognize that there are people who do things really well, and we are not going to try to step on those toes or try to take those customers because there’s no point in doing it.” Instead, he says, the chain readjusted its coffee offerings and adjusted pricing based on the new coffee. “Fountain, same deal,” Samaha says. “We introduced a new cup, so it wasn’t a change there, but…it went from 99 cents to a different pricing structure, and it’s becoming more of a traffic driver for us.”

Getting more customers in the store is ultimately about adding value where possible and maximizing profit. While some stores opt to offer the lowest prices possible, this is not a sustainable pricing method—once other stores lower theirs, the prices overall will have to get even lower, leading to even slimmer margins. In other words, any store can offer the cheapest price, but that’s not the best way to retain a customer base. Retailers should ask of their pricing whether the customers are coming in just because of the price, or if they’re coming in because they feel they’re getting a good value, too? Consumers view value in terms of not just price, but friendliness of staff, cleanliness and other factors.

Other ways to create value within a drinks program include offering refillable options, a loyalty program, offering “buy 10 get one free” type offers and targeting promotions to the area in question.

“I do it by market—whatever the market will give me,” says James Fiene, president and CEO of Midwest Retail Group, about pricing dispensed beverages. “As low as 79 cents and as high as 99 cents—so there is genuine value there.”

By more closely targeting promotions to specific shoppers and areas, it may make it more likely that consumers will continue to make purchases.

Demand-based pricing, or smart pricing, shouldn’t mean giving away the store’s margins. It should focus on giving consumers what they’re looking for while avoiding the “race to the bottom”—the inclination to offer the lowest possible price. Loyalty programs are a good strategy for doing so, as are:

Loyalty programs that include rewards after a certain number of purchases are beneficial. Darrin Samaha, vice president and brand manager of Yesway, says, “We try to entice customers through text messaging, e-mail marketing and whatnot to earn that…reward faster. So, if you are getting the sixth one free, we know that they have refilled four times and we will send them the communication: hey, you are almost there, come on in and get this because you are so close.”

Adding new products can help drive those loyalty programs, as well. For instance, Fiene spoke of introducing horchata as a fountain drink at his locations, and noted, “It’s been a rock star for us, absolutely a rock star.”