C-store breakfasts are huge—and only getting bigger. More than half (55%) of consumers buy c-store breakfast items at least once a month, more than at any other daypart, according to Technomic’s October 2016 C-Store Market Intelligence Report. 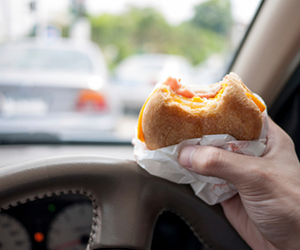 Consumers are on the lookout for hearty, portable breakfast items to grab with coffee or an energy drink to start their days. Bundled breakfast deals or loyalty-based promotions can be a good way to drive business of value-minded customers.

Here’s a look at some of the fastest-growing opportunities in the c-store breakfast market:

Breakfast handhelds are big throughout all food-industry segments, including c-stores. Menu mentions of breakfast sandwiches at c-stores are up 8.9% over the last two years, according to Technomic’s MenuMonitor data. And 51% of consumers say they would buy c-store breakfast sandwiches, at least occasionally, according to Technomic’s C-Store Market Intelligence Report.

Whether on a biscuit, English muffin, toast or other bread, these protein-packed sandwiches are popular with on-the-go consumers. Trending proteins include bacon, sausage, ham, turkey sausage and chicken. Tyson recently rolled out a new and improved Jimmy Dean® chicken biscuit sandwich, upsizing and upgrading it to compete with similar fare offered in QSR restaurants.

Consumers seeking a comforting start to the day are on the hunt for hot or warm bread items at c-stores. In fact, 45% of consumer say they would buy such items, at least occasionally, according to Technomic’s recent C-Store Market Intelligence Report.

Given consumer demand for globally inspired fare overall, there’s room for innovation in the ethnic-breakfast space at c-stores. Demand for Mexican-infused breakfast dishes, largely morning burritos, is high. Menu callouts of Mexican breakfast dishes climbed 19% year-over-year, according to Technomic’s MenuMonitor data. The burritos are typically filled with the same proteins as breakfast sandwiches, offering another on-trend way for consumers to get an easy-to-eat, on-the-go breakfast fix. QuickChek’s Cheesesteak Breakfast Burrito, for example, combines the craveable flavors of shaved steak, fried onions and provolone with scrambled eggs in a tortilla wrapper.