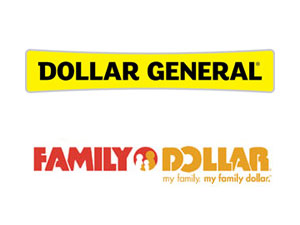 Dollar General said it remains committed to acquiring Family Dollar "in a transaction that would deliver superior value to Family Dollar shareholders and is capable of being completed on the terms proposed."

The company also stated that it remains confident in both its antitrust strategy and the analysis performed by its antitrust advisors.

He continued, "Dollar General has invested significant time and resources in pursuit of this acquisition and remains committed to its successful completion. Family Dollar continues to make statements that are not worthy of debate. Rather than engaging with us in a meaningful and constructive manner, the Family Dollar Board has continued its efforts to distract shareholders from the main issue at hand--that a superior proposal adequately addressing antitrust issues remains on the table. Through our tender offer, Dollar General has provided all Family Dollar shareholders a voice in this process, and we urge them to tender into our offer."

Dollar General's all-cash offer of $80 per share provides Family Dollar shareholders with a "substantially superior" valuation to the $74.50 per share cash-and-stock offer that Dollar Tree announced on July 28, 2014.

Dollar General's offer provides Family Dollar's shareholders with approximately $640 million of additional aggregate value over Dollar Tree's offer and represents a premium of 31.9% over the closing price of $60.66 for Family Dollar stock on the day prior to the Dollar Tree announcement, Dollar General said.

As part of a definitive merger agreement with Family Dollar, Dollar General would be willing to agree to divest up to 1,500 stores if required by the Federal Trade Commission (FTC) and to pay Family Dollar a $500 million reverse breakup fee if the transaction did not close for reasons related to antitrust approvals.

The offer is not conditioned upon any financing arrangements.