LAVAL, Quebec & CARY, N.C. --Alimentation Couche-Tard Inc. is acquiring The Pantry Inc. in a merger agreement with a price tag of approximately $860 million. The all-cash transaction is valued at $36.75 per share, with a total enterprise value of approximately $1.7 billion including debt. The transaction price represents a premium of 27% to The Pantry's closing share price on Dec. 16, 2014. 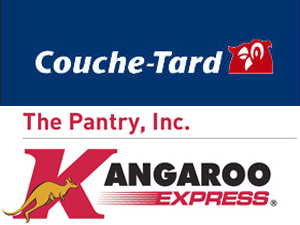 News of an impending deal broke yesterday, sparking speculation over what chain would acquire The Pantry.

As reported in a 21st Century Smoke/CSP Daily News Flash, the companies expect the deal to close in the first half of 2015, subject to the approval of The Pantry shareholders and customary regulatory approvals. The transaction includes a $39.5 million breakup fee. This all-cash transaction is expected to be financed by Couche-Tard's available cash, existing credit facilities and a new-term loan.

"We look forward to welcoming The Pantry Inc. to the Couche-Tard family," said Brian P. Hannasch, Couche-Tard's president and CEO. "The Pantry is an excellent company and is well-positioned in the Southeastern and Gulf Coast regions of the U.S., two of the fastest growing areas of the U.S. With this transaction we will add more than 1,500 stores to our network which will position us as the definitive leader in this region and will reinforce our position as one of the largest convenience store operators in North America. We look forward to combining the capabilities of The Pantry team with Couche-Tard to enhance value for our shareholders."

He added, "We strongly believe that our all-cash offer is compelling for The Pantry's shareholders as it offers them the opportunity to realize full and immediate value for their investment."

Dennis G. Hatchell, president and CEO of The Pantry, said, "I am very proud of The Pantry employees and what they have accomplished. The company's current performance is a direct result of the employees' hard work and effort. Their work has clearly been recognized by the marketplace and by Couche-Tard, culminating in this transaction. This is an exciting combination of two strong companies that complement each other extremely well."

He added, "Unlocking the strategic value of these combined firms will benefit the current Pantry shareholders and provide ongoing opportunities for most of our employees. I sincerely thank and appreciate each of the employees for their contributions to the success of this organization."

As of Oct. 12, 2014, Laval, Quebec-based Couche-Tard's network comprised 6,303 convenience stores throughout North America, including 4,851 stores with road transportation fuel dispensing. Its North-American network consists of 13 business units, including nine in the United States (under the Circle K brand) 40 states and four in Canada (under the Mac's and Couche-Tard brands) covering all 10 provinces.

In Europe, Couche-Tard operates a broad retail network across Scandinavia (Norway, Sweden and Denmark), Poland, the Baltics (Estonia, Latvia and Lithuania) and Russia, which comprised 2,239 stores as of Oct. 12, 2014. In addition, under licensing agreements, about 4,600 stores are operated under the Circle K banner in 12 other countries worldwide (China, Guam, Honduras, Hong King, Indonesia, Japan, Macau, Malaysia, Mexico, the Philippines, Vietnam and the United Arab Emirates) which brings to more than 13,100 the number of sites in Couche-Tard's network.