WALTHAM, Mass. -- Looking to grow in new markets, Global Partners LP has expanded its gas station and convenience-store network to western Massachusetts with the addition of 22 retail sites through long-term leases with O’Connell Oil Associates Inc. 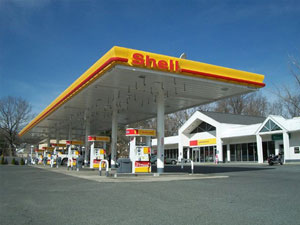 As reported in a McLane/CSP Daily News Flash, the convenience stores are located in the Pittsfield and Springfield, Mass., areas, and are branded under the Convenience Plus banner and market Mobil- or Shell-branded gasoline.

Founded in 1925 and based in Pittsfield, O’Connell Oil Associates also has offices in North Adams and Northampton. It operates 29 Convenience Plus stores, seven gas stations, a wholesale gasoline business, and full-service commercial and residential plumbing, heating and air-conditioning departments, according to the company’s website.

“The addition of these locations complements our strategy to cost-efficiently broaden our retail footprint in attractive markets," said Eric Slifka, president and CEO of Waltham, Mass.-based Global Partners. "We look forward to serving new customers in western Massachusetts.”

Along with the leased sites, Global has entered into fuel supply-only contracts for three other O’Connell Oil locations in the area.

A publicly traded master limited partnership (MLP), Global Partners is a midstream logistics and marketing company that owns, controls or has access to one of the largest terminal networks of petroleum products and renewable fuels in the Northeast. It also is one of the largest distributors of gasoline, distillates, residual oil and renewable fuels to wholesalers, retailers and commercial customers in New England and New York. The company is engaged in the transportation of crude oil and other products by rail from the midcontinental United States and Canada to the East and West coasts for distribution to refiners and others. With approximately 1,600 locations, primarily in the Northeast, Global Partners also is one of the largest independent owners, suppliers and operators of gas stations and convenience stores.