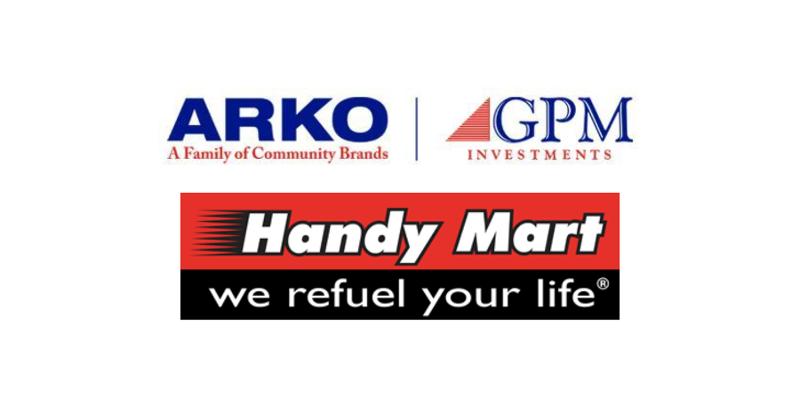 RICHMOND, Va. — GPM Investments LLC, a subsidiary of ARKO Corp., has closed on the acquisition of the Handy Mart chain, including 36 convenience stores in North Carolina and one development parcel, from E.J. Pope & Son Inc. This acquisition, GPM’s 20th since 2013, emphasizes the company’s aggressive growth strategy and complements its existing retail network in North Carolina.

“Handy Mart is a strong regional brand with great people and a robust culture that will make a fantastic addition to our family of community brands,” said Arie Kotler, chairman, president and CEO of ARKO. “We look forward to expanding further in the Carolinas and providing customers with the high-quality products and service associated with our existing banner stores. We pride ourselves on the ability to unify and maintain the banners of strong regional community brands under our leadership and resources.”

E.J. Pope Coal Co. was founded in 1919 as a coal hauling business by horse-drawn wagon. In 1938, the company added a heating oil distribution division and rebranded as E.J. Pope Coal & Oil Co. It entered the motor fuels distribution business in 1957 when E.J. “Buddy” Pope Jr. purchased the business from his father. The company opened its first Handy Mart c-store in Mount Olive, N.C., in 1975.

E.J. Pope & Son operated 36 stores under the Handy Mart store brand, with approximately 20 branded QSRs or proprietary food offerings co-located at the stores. Additionally, via its sister company, Pope Transport, the company hauls its own fuel and also acts as a common carrier for other, third-party hauling customers. Current president E.J. “Judson” Pope III will retain Pope Transport, and it will continue to haul fuel to the 36 stores for GPM, as well as for its existing customer base.

“Given how long of a legacy my family and I have had with this company, selling was a very difficult decision for me,” Judson Pope said. “With the help of a great team around me, we built a first-class operation and many team members will be transitioning to GPM and continuing to provide excellent customer service to our customers throughout eastern North Carolina.”

“In building the company into one of the preeminent petroleum marketing, convenience retailing and [quick-service restaurant] companies in the country, Judson and his talented team have certainly honored the Pope family legacy, especially Buddy’s,” said Spencer Cavalier, co-head of Matrix’s Downstream Energy & Convenience Retail Group, who managed the transaction with Sean Dooley, managing director, and Kyle Tipping, associate.

ARKO owns 100% of GPM. Founded in 2003 with 169 stores, Richmond, Va.-based GPM was and has grown through acquisitions to become the 6th largest convenience store chain in the United States, operating or supplying fuel to approximately 3,100 locations in 33 states and the District of Columbia, comprised of approximately 1,415 company-operated stores and approximately 1,675 dealer sites to which it supplies fuel. It operates in three segments: retail, which consists of fuel and merchandise sales to retail consumers; wholesale, which supplies fuel to third-party dealers and consignment agents; and GPM Petroleum, which supplies fuel to its retail and wholesale sites. The stores offer a large selection of beverages, coffee, fountain drinks, candy, salty snacks and other products, as well as the fas Rewards loyalty program.